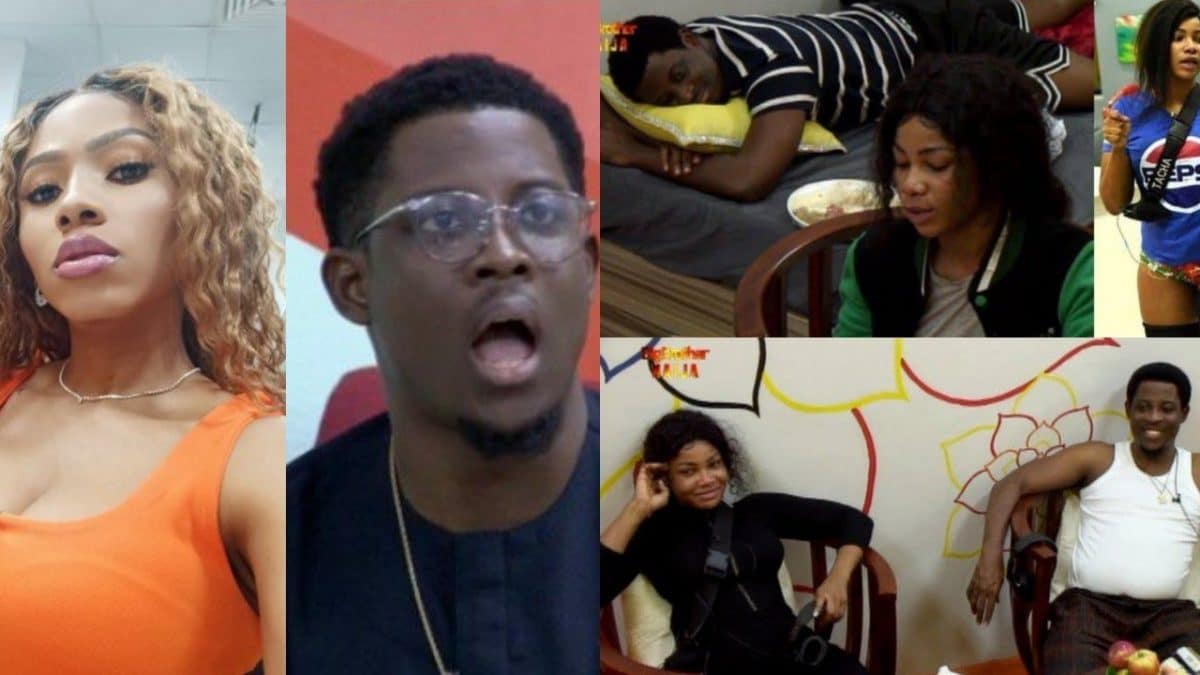 Big Brother Naija, BBNaija, housemates, on Wednesday made shocking revelations about their past.

Some of them disclosed their dirty sex secrets.

“First display of anger was in primary school, stabbed a classmate with a compass. I also had s.e.x with one sister and took the other one to an incomplete building to finish off

“Walked in on my friend making love to my girlfriend and I revenged by sleeping with her cousin.”

Also revealing secrets, Tacha added that her first s3xual experience was so boring and it lasted 30minute.

According to her, she “only did it out of pressure.”

Elozonam registered that he once slept with three different women on the same day.

Other housemates who rather disclosed habits and personal experiences unrelated to s3x are Mike, who revealed his wedding anniversary would be coming up on October 5; and Iyke who said that he can’t wait till day 99 of the show because he hasn’t seen his family in over a year.


Khaffi, who had attracted the fury of the Metropolitan Police for featuring on the show “without permission,” said she was suicidal during her first year in college.

As the show gradually approaches its dawn, the ‘Pepper Dem’ house has witnessed a number of controversies which has left each housemate wary of their relationship with one another and pitched factions against each other in fierce struggle for survival.