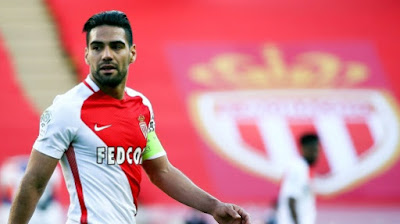 Galatasaray are in talks to sign Colombian striker Radamel Falcao, the Turkish club have confirmed.

The 33-year-old has another year on his contract with Monaco, who signed him from Atletico Madrid for a reported £50m in 2013.

After having loan spells with Premier League clubs Manchester United and Chelsea between 2014 and 2016, Falcao has been a regular for Monaco.

The Colombia international has 83 goals from 139 games for the Ligue 1 club.


Galatasaray won their 22nd league title last season and are eighth in the Super Lig after Friday’s win over Kayserispor.

They signed Steven Nzonzi on loan from Roma this summer and fellow midfielder Jean Michael Seri on loan from Fulham, with Ryan Babel joining on a free transfer from the Cottagers.