FG set to give additional details on returnees from South Africa, and other programmes

9:53 AM CuteNaija 0 Latest News in Nigeria, Nigerians in Diaspora 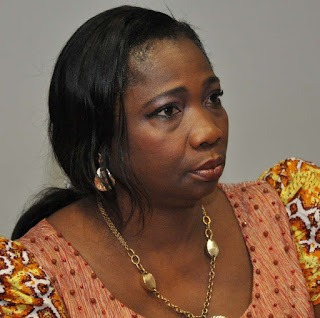 The Federal Government is to give additional details on Nigerians returning home from South Africa in the wake of the xenophobic attacks on foreigners on Monday (tomorrow).

Findings indicated that the Nigerians in Diaspora Commission, on the directive of the Presidency, had intensified the arrival plans for the returnees, especially their re-integration, as a second batch of returnees was awaited.


Recall that the first batch of 187 had returned to the country on Wednesday last week, aboard an Air Peace flight.

The chairman of the commission, Mrs Abike Dabiri-Erewa, had announced that the returnees would each receive SIM cards with N40,000 worth of air time and 9GB of data to last for 60 days.

On Saturday, Dabiri-Erewa told Sunday PUNCH that more details on the returnees and re-integration plans would be unveiled on Monday.

She added that as of Friday, the commission was still busy with detailed documentation and the profiling of the returnees.

The NIDCOM chairman stated, “We will address more issues on Monday. That will be done in Abuja.

“As of this moment, we are still busy with compiling documentation.

“We are breaking them (returnees) down; we are profiling them. That is where we are now.

“The additional information will be addressed on Monday in Abuja.”

Earlier last week, the commission had also said that the returnees would get soft loans to start off business, in addition to the offer of stipend to take them to their respective locations in Nigeria.

Buhari had on Monday last week, ordered the voluntary evacuation of Nigerians willing to return home from South Africa, amid worsening xenophobic attacks on foreign nationals over there.

He had also sent a special envoy in the person of the Director-General of the National Intelligence Agency, Ahmed Rufai-Abubakar, to his South African counterpart, Mr Cyril Ramaphosa, to register Nigeria’s concerns over the attacks.

The first batch of returnees landed at the Murtala Muhammed International Airport, Lagos, on Wednesday, on the heels of the engagements between the two countries.

It’s still unclear what diplomatic actions the Federal Government will take against South Africa in the days ahead, as more returnees are received.