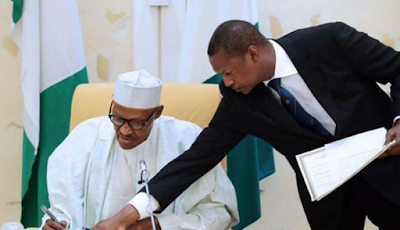 The Process and Industrial Development Limited has said Nigeria will not be able to file an appeal in respect of the $9.6bn arbitral award until the Federal Government pays it a $250,000 cost awarded by a United Kingdom court.

Justice Christopher Butcher of the Commercial Court in London on Thursday granted Nigeria’s request to stay of execution of the enforcement of the $9.6bn arbitral award pending the Federal Government’s appeal.

Granting the stay conditionally, the judge ordered Nigeria to make a $200m security payment into its account within 60 days.


He also granted Nigeria’s request for a leave to file the appeal in respect of the $9.6bn arbitral award.

It was gathered that the amount of the running cost was not disclosed in the open court.

But P&ID, in a statement e-mailed to The PUNCH following our enquiries from the firm at the end of the Thursday’s proceedings, said the running cost which the Nigeria government must pay to it within 14 days before it could file the appeal amounted to $250,000.

The statement read, “For background, today’s judgment granted the Nigerian government leave to appeal the UK court’s decision that it could be subject to asset seizures to enforce the arbitration award in favour of P&ID.

“It does not allow the government to appeal the award itself.

“As you’ll be aware, the High Court in the UK heard arguments in the case today, with the Nigerian government seeking a stay of asset seizures and leave to appeal the asset seizure decision.

“The court has ruled the government may appeal – if it meets the conditions that $250,000 must be paid to P&ID in costs within 14 days and $200m in security paid to the court within 60 days.”

The British court had in August this year delivered a judgment recognising a London-based arbitration panel’s award of $9.6bn against Nigeria over a failed Gas Supply Processing Agreement signed in 2010 between the Federal Government and P&ID for “lean gas” production in the country.

Parties to the case returned to the court on Thursday with Nigeria obtaining the leave of the court to appeal against the judgment and order of conditional stay of execution of the judgment subject to the Federal Government’s payment of security fund of $200m into the court’s account within 60days.