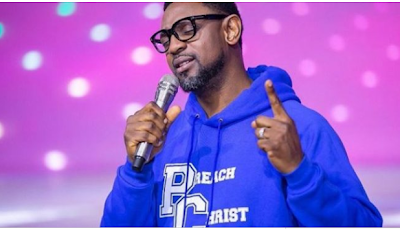 Embattled Senior Pastor of the Commonwealth of Zion Assembly (COZA), Biodun Fatoyinbo, has once again been accused of raping a married pregnant woman.

Popular media personality and publisher, Adesuwa Onyenokwe made the revelation in an interview with Arise TV

Adesuwa’s claim adds to the anguishes of Pastor Fatoyinbo who is facing litigation after being accused of raping Busola, wife of musician, Timi Dakolo, while she was a teenager.

Adesuwa noted that most of the young women the pastor allegedly raped were married and many of them could not come out to share their sad tales.


“There is a lot of cases we could have brought put when we found out. There is a woman who was pregnant for her husband at the time that this said Pastor did rape her,” she said.

“That woman is still married to her husband. Can she ever publicly come out and say this is what this man did to me? She can’t because first of all, most of the young girls he has done this to are married. How many men in Nigeria are like Timi Dakolo?”

In a suit filed before the FCT High Court weeks ago, Busola demanded that Fatoyinbo publishes an apology to her on the front page of at least two national newspapers.

She also demanded that the court compel Fatoyinbo to pay N10 million as cost of litigation.