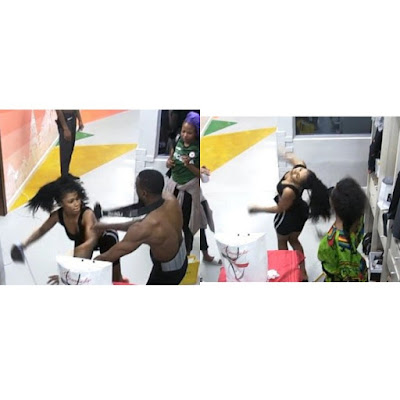 Ex-BBNaija housemates, Khloe, Uti, others have called out the organisers of Big Brother Naija on their social media pages. They each wondered what the rules for this year's show was and why present housemate, Tacha has not being disqualified.

Tacha and Mercy got into an heated argument this morning leading to what appears like a physical confrontation. (read HERE)

Khloe in her post, wondered why the rules used to disqualify her and fellow ex-housemate, K-Brule, from the show in 2018 appears not to apply in this year's BBN. Recall that Khloe and K-Brule were disqualified during the BBN Double Wahala show. The pair were issued a strike following a disagreement they had .

K-Brule during an argument, tried to attack Dee One but was held back by his fellow housemates Angel and Lolu . Big Brother found this unacceptable and issued him a strike.


Khloe on the other hand was disqualified for comments she made to K-Brule, calling his mother a whore. K-Brule and Khloe already had two strikes and the fresh strikes made it three. The rule of the reality show is a housemate is automatically disqualified if issued three strikes. Read here.

Khloe who feels she was cheated, shared the open letter hours after the current housemates, Mercy and Tacha almost fought each other during a heated argument on Friday morning. Read her post below:


Dear BIG BROTHER NIGERIA for over a year now I kept asking myself what happened that day me and my sweet @k.brule was disqualified and I still can’t get a perfect answer but yah all claim it’s big brother rules BUT even in my season a lot more happened that’s 100 times worse than that night but nothing was done, Now this season, things has been happening and nothing was done as well. I just want to know what This show really stand for now cos I can show what I signed,what it says and the rules BUT yah all will say “ it’s big brother house and his rules “ lol This is called CLOUT cos of voting money . But who am I to say anything ? I’m just Khloe the scapegoat ahahahahahaha On this day I wanna say @k.brule I’m sorry I allowed us to be a scapegoat and I love you with all my heart ❤️ pls forgive me 🙏 @bittobryan thanks for stating the obvious cos now I can forgive myself and rest cos werey ni everybody .. I know a lot of people will testify to me always saying “it’s a reality show and that means showing your real self” but that would have been justified if I wasn’t disqualified for things that was later done”even more “ and no action was taken... Let no one come with the “ you were voted back “ we all know what that was for and what was achieved @antolecky sorry I tried to say it’s fair on us even though I knew it’s called “Used” Let me stop writing before I spill the tea #DropPen💃🏾
A post shared by Abiri Oluwabusayomi (@kokobykhloe) on Sep 27, 2019 at 2:53am PD


Taking to his twitter page, winner of Big Brother Africa 5 edition, Uti Nwachukwu, also wondered why Biggie is yet to disqualify Tacha. He later pleaded with Big Brother not to disqualify any housemate in order to shame the bittered street fighter housemate on 99th day.See his post below: 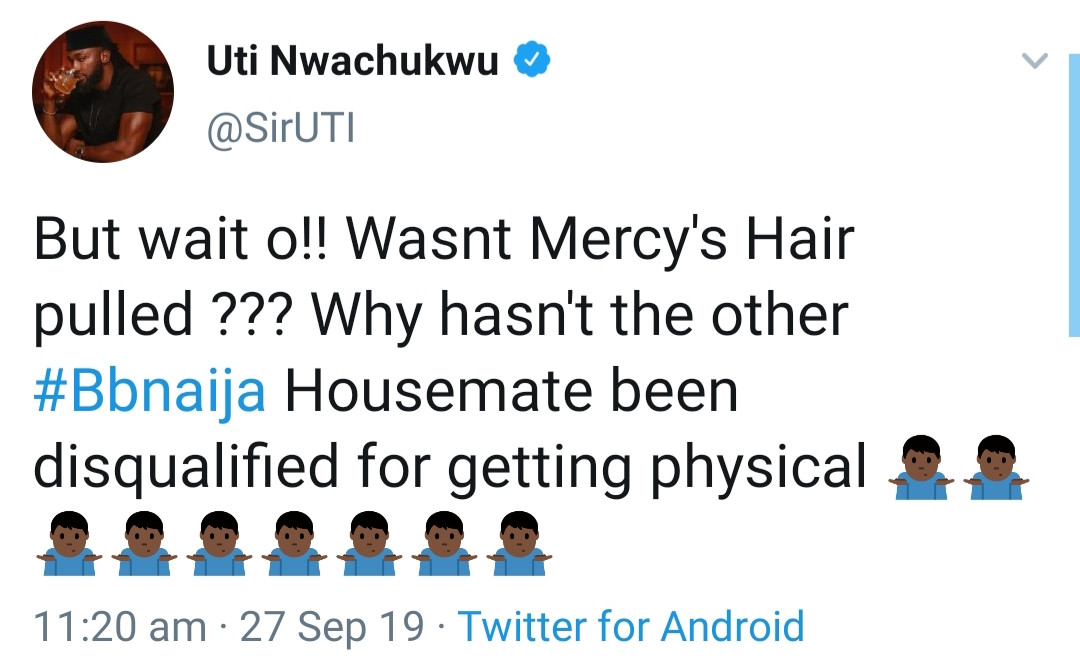 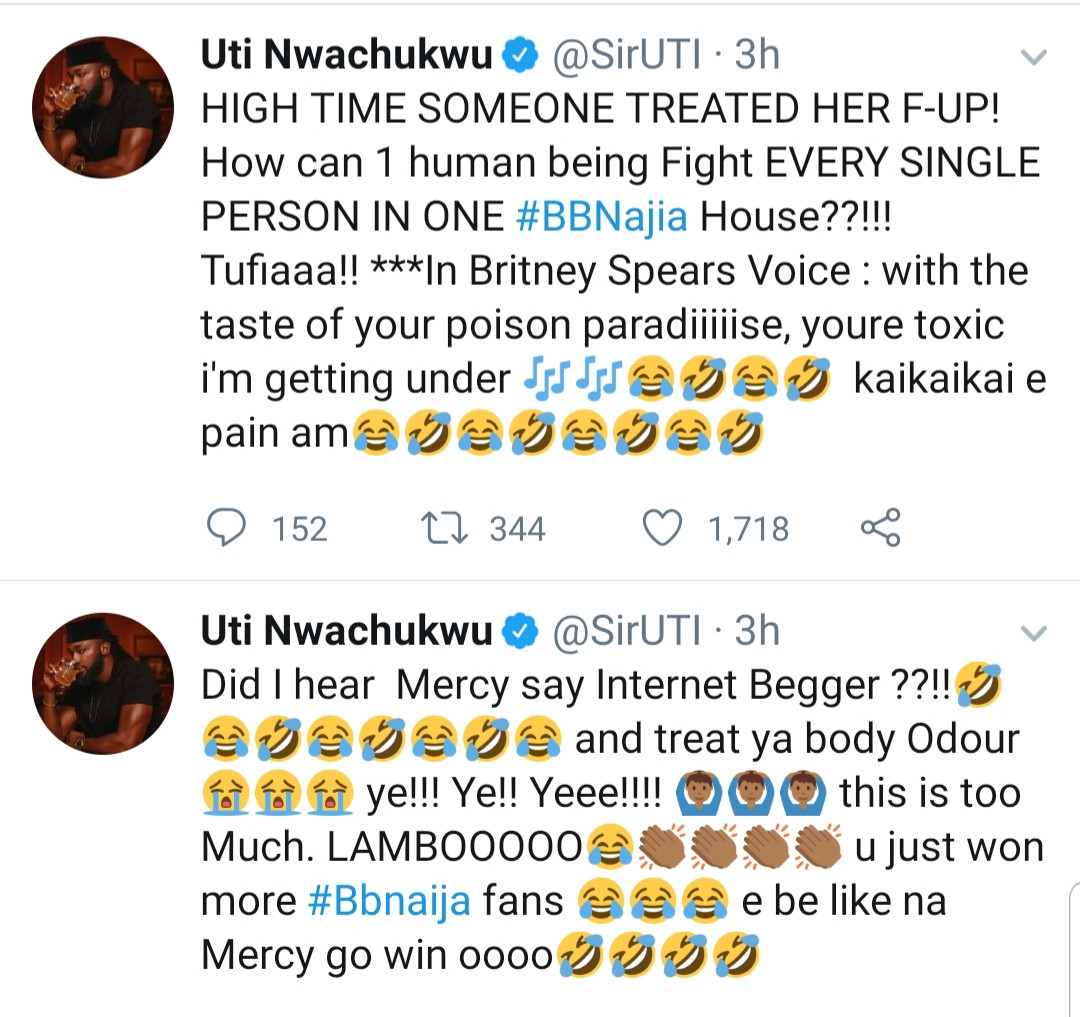 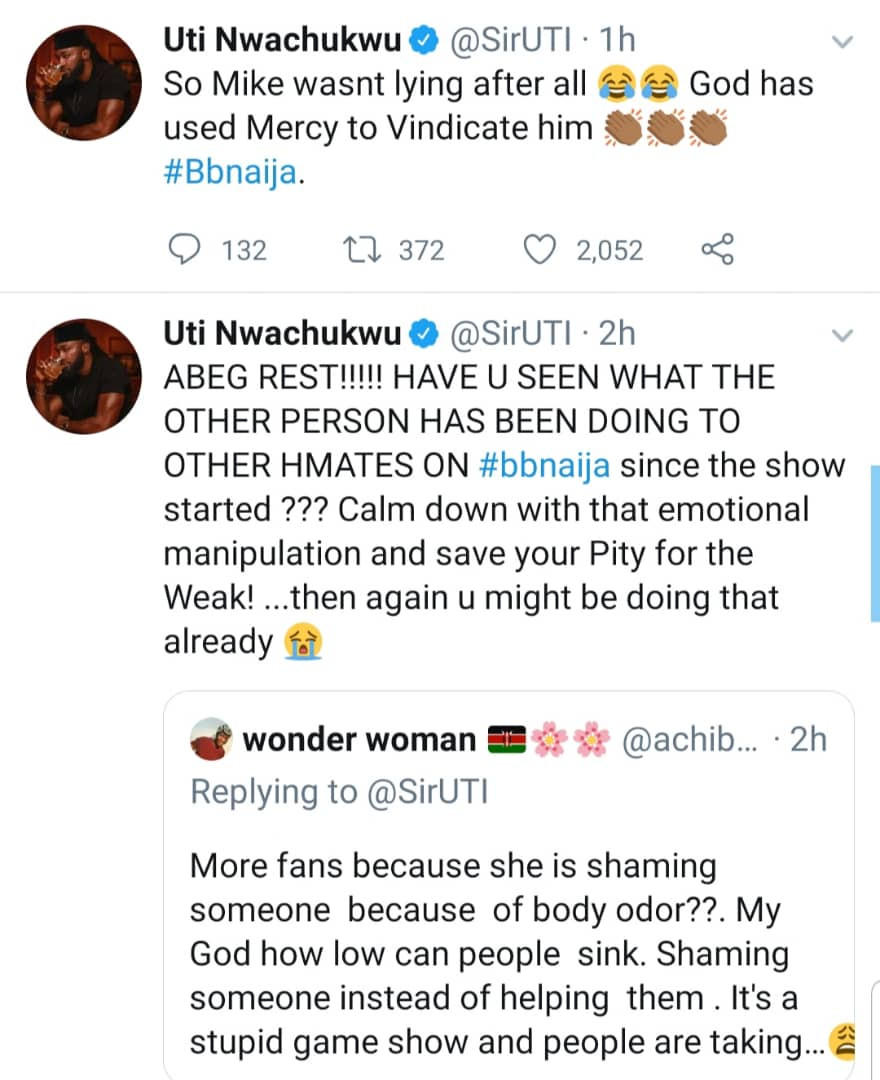 While Kemen, a 2017 housemate wants to know if Big Brother Pepperdem Season 4 have a Rule Book. See his post below:


I just want to know.... If the particular BBN season has a RULE BOOK. cos I still have a copy of mine, and here is what it says about prohibited behaviours worthy of disqualification ... It's a game but rules make the players better.
A post shared by Ekemini Ekerette (@kemenfitness) on Sep 27, 2019 at 5:32am


Isilomo, a 2019 pepper them housemate who was the first to be evicted this season also called for Tacha's disqualification for putting her hands on Mercy. 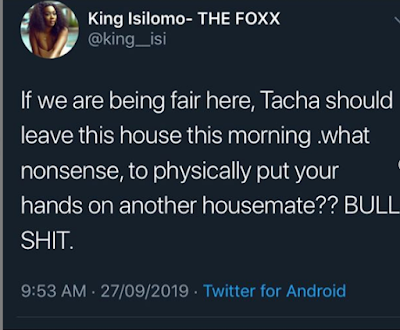 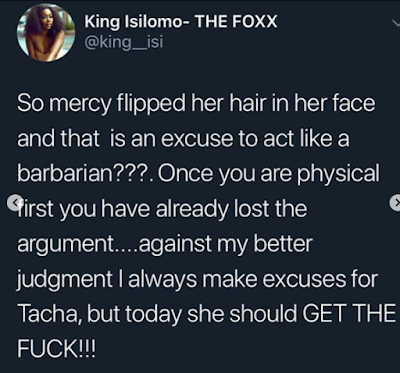 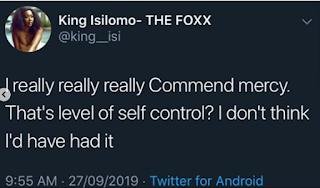