Eagles Team B arrives in Dakar for WAFU Cup of Nations 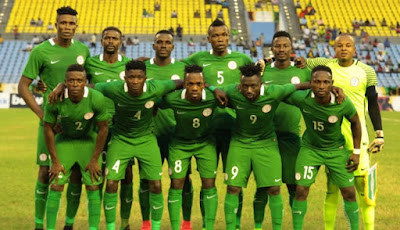 Nigeria’s home-based senior players arrived in Dakar on Thursday for the second edition of the WAFU Cup of Nations which begins in the Senegalese city of Thies on Saturday.

Ademola Olajire, Director of Communications of Nigeria Football Federation (NFF), disclosed in a statement on Thursday that the team of 21 players and six officials left Abuja for Abidjan.

“The team then connected the Senegalese capital from there,’’ he said.

Olajire added that the competition’s updated fixtures show that Nigeria will face the Sparrow Hawks of Togo in their first match at the Stade Lat Dior Thies on Sunday.


The News Agency of Nigeria (NAN) reports that Nigeria were silver medallists at the inaugural edition held at Cape Coast in Ghana in 2017.

“It is an opportunity come quickly for the Eagles to avenge their 4-1 lashing by the Hawks in a 2020 African Nations Championship (CHAN) qualifying match in Lome last Sunday,’’ the NFF spokesman said.

NAN reports that victory over the Sparrows in the first elimination round will take the Eagles to the second phase, before the semi-finals and the final on Oct. 13.

All 16 participating teams will partake in the first elimination round.

Host nation Senegal are up against Guinea Bissau, Burkina Faso against Mauritania, Cote d’Ivoire against Cape Verde and Guinea against Benin Republic.

Sierra Leone, drafted in to replace Morocco who made a late withdrawal, will be up against Liberia, while Mali take on Niger Republic and Gambia will tackle Ghana.