DSS ‘refuses’ to be served court order on Sowore’s release 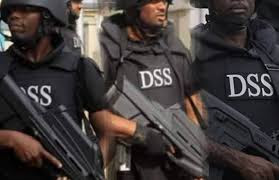 Operatives of the Department of State Services (DSS) have reportedly refused to be served the court order on Omoyele Sowore’s bail.

Inibehe Effiong, a lawyer who is a part of Sowore’s defence, revealed that DSS agents “chased away” the bailiff and the legal team when they visited the secret service headquarters to serve them the court order on Friday.

Peter Afunanya, DSS spokesman, could not be reached immediately for comments.

The lawyer also said the DSS evaded getting served with the court order on Thursday.

He accused the service of showing disregard for the judiciary.

“This is just persecution; an attempt to silence the man (Sowore). As far as we are concerned, it is an attack on the rule of law,” he said.

“They have continued to show open disregard for the court. We had to go with the bailiff of the court since they are claiming that they are not aware of the office. But everybody was chased away.”

A federal high court in Abuja had asked the secret service to release Sowore who was arrested on August 2 ahead of a nationwide protest he was promoting.

Taiwo Taiwo, the judge, said there was no subsisting order to keep him in detention.

But the DSS is yet to comply with the order. Owing to the non-compliance, Falana, Sowore’s lead counsel, went to court seeking the execution of the order.

He asked the court to jail Yusuf Bichi, DSS DG, for contempt of court.