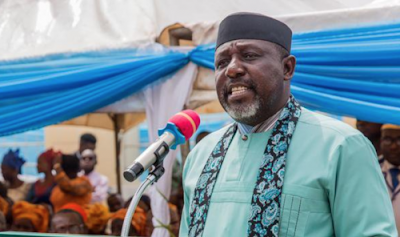 Imo State Magistrate Court sitting in Owerri has ordered former Governor Rochas Okorocha to appear before it on October 8, 2019.

The state’s Attorney-General, Ndukwe Nnawuchi had accused Okorocha, who is now the Senator representing Imo West in the National Assembly, of breaching public peace in Imo.

According to the court summons made available to journalists yesterday, it revealed how Okorocha should be served.

It specifically stated that copies of the summons be pasted at his Spibat residence and published in any daily newspaper within the state.

The court order reads in part, “It is hereby ordered that the defendant appears in court on October 8, 2019 to show cause why he should not be ordered to enter into a recognisance for keeping the peace and to be of good behaviour towards the complainant.