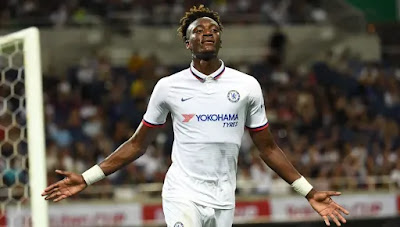 Tammy Abraham continued his fine form by scoring a hat-trick as Chelsea defeated Wolves 5-2 at Molineux on Saturday.

After doubles against Norwich City and Sheffield United, Abraham became the youngest Chelsea player to score a Premier League hat-trick in a brilliant display.

Abraham has become the youngest player to record a Premier League hat-trick for Chelsea, while also matching the record of Cristiano Ronaldo.

The England international has been in fine form of late.


A hot streak in front of goal has been enjoyed since opening his senior account for the Blues in a meeting with Norwich on August 24.