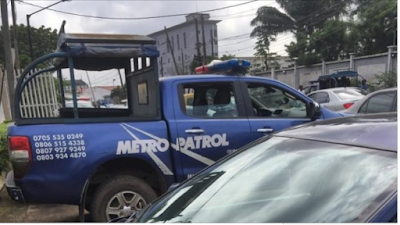 About 50 policemen in 10 trucks have surrounded the premises of the Committee for the Defence of Human Rights (CDHR) in Adeniyi Jones area of Ikeja in Lagos.

A protest demanding the released of Omoyele Sowore has been scheduled to take place at the venue at 10am on Wednesday.

Sowore, candidate of the African Action Congress in the last presidential election,  has been detained since August by the Department of State Services (DSS) who accused him of threatening public peace with the #RevolutionNow protest.

A CDHR official who does not want to be named revealed that the security operatives have been at the premises since 7am.

“We didn’t invite them. This is just a peaceful protest and we don’t know why they are here in their numbers,” he said.