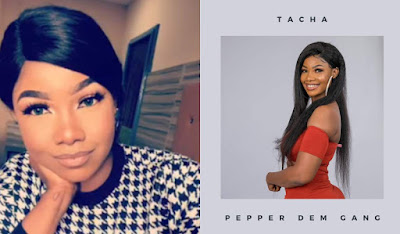 Big Brother Nigeria host, Ebuka Obi Uchendu, has stated that disqualified housemate, Tacha Akide, has been handed over to her team.

Speaking yesterday via a live Instagram video, Uchendu noted that as far as he was concerned, she would have been with her people.


Recall that Tacha was disqualified following a violence that broke out between herself and arch-rival, Mercy, on Friday, 27th September.

Her disqualification has sparked series of uproars with so many going on to throw cash gift at the self-acclaimed Port-Harcourt First Daughter.

Amazingly, Tacha’s management had accused organizers of the reality TV Show of holding her hostage.

#BBNaija: Tacha is with her friends and family as far as I know - Ebuka
pic.twitter.com/hfzGe7WwmJ