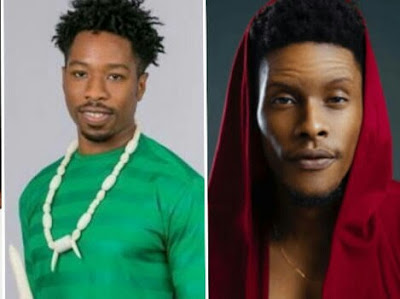 Elozonam and Ike have been evicted from the BBNaija 2019 Pepper Dem edition after polling the lowest votes in the 11th week.

Elozonam becomes the 19th housemate, while Ike became the 20th housemate to be evicted from the Big Brother Naija 2019 house.

On Sunday, September 29, 2019, Ebuka Obi-Uchendu announced the eviction of Elozonam from the Big Brother House.

Elozonam’s exit is coming after spending a total of 91 days and nine weeks in the house.


Ike was evicted few minutes after Elozonam was evicted and Mercy couldn’t stop crying as Ike leaves the house.

Ike spent a total of 91 days in the house aftet been ushered in alongside 20 others.

This is the 12th eviction and the 13th Sunday Live eviction show on the Big Brother Naija Pepper Dem edition which kicked off on June 30, 2019.