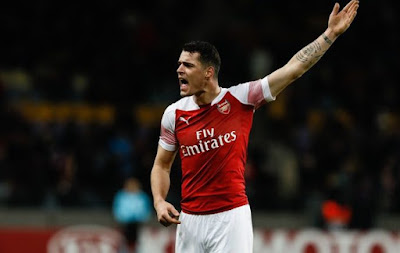 Arsenal captain Granit Xhaka says the Gunners “were too scared” as they let slip a two-goal lead to draw 2-2 at Watford.

Pierre-Emerick Aubameyang scored twice in the first half for the visitors but the Hornets hit back after the break through Tom Cleverley and a late Roberto Pereyra penalty.

Watford finished with 31 shots on goal, 23 of those coming in the second half.

“No-one wanted the ball. In the end we are happy to take a point,” Xhaka said.

“We didn’t show our game in the second half, we were too scared.”


Xhaka added: “Every team in the Premier League is strong enough to score but you have to keep calm, to show good character, to be mentally strong. We weren’t today.”