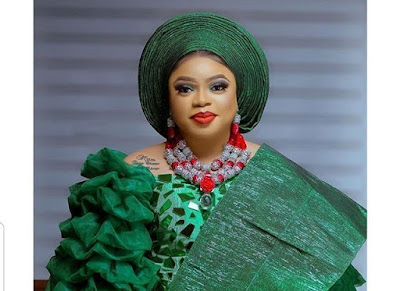 A video of actress, Nkechi Blessing-Sunday has surfaced online when she was captured  going on her knees to beg the Inspector General of Police on behalf of popular cross-dresser, Bobrisky, who was allegedly arrested by the police after his planned party was shut down.

She said, “I am a very emotional person; I’m close to tears. They said the arrest was on the orders of the Inspector General of Police. So, what do they want us to do? Should we go on our knees and beg them publicly? Please, fellow Nigerians, we must do this party tonight. On behalf of Bobrisky, please forgive us,” as she went on her knees.

According to reports, the Lagos State Police Command said it stormed the venue of the birthday party due to sensitive information it received.

The police spokesperson, Bala Elkana, said  the venue of Bobrisky’s party was sealed.


He said, “I can confirm that we sealed off the place based on credible information. That is all I will say for now until the operation is over.”