80% of primary, secondary schools in Nigeria not safe – Study 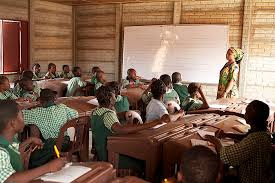 A Safe School Compliant Study shows that 80 per cent of primary and secondary schools in Nigeria are not safe. The study was conducted by Safe School Academy International with the support of Exam Ethics Marshall International (EEMI) across the country.

Founder of EEMI, who is also the Coordinating Consultant, Safe School Compliance Study Group, Mr Ike Onyechere, made this disclosure in an interview with News Agency of Nigeria (NAN) in Abuja on Saturday.

He said that the study revealed that 80 per cent of primary and secondary schools in the country had little or lack protective, protocols and measures against security risks, threats and vulnerabilities.

The study, he said, noted that most primary and secondary schools lack preventive, precautionary and mitigation policies in terms of security.


According to him, the study involved the administration of a safe school compliant checklist, which sampled 1,200 schools selected from the six geo-political zones of the country.

“50 safe school factors are considered including: knowledge of safe school best policies, practices and protocols by Proprietors and Heads of Schools; quality of safety and security tools, equipment and infrastructure.

“Others are capacity, fitness and training of security personnel; identification systems for staff, students, parents and visitors; security risk audit of school in relations to location.

“The level of non-compliance to safety and security issues is shocking against the background of clear, loud and regular warnings that schools are now targets of choice for terrorists, insurgents, militants, kidnappers, cultists, scammers and other criminals,” he said.

Onyechere explained that the 2018 UN reports on Children and Armed Conflicts confirmed that attacks on schools registered a rise in comparison to previous years.

He added that a report was also released by UNICEF on Aug. 21, which verified that 396 schools were under attack in African and Middle East countries.

“The question then is why, despite all the warnings and incidences, are schools not taking the issue of safe schools initiative seriously?

“There are two core reasons, proprietors and heads do not appreciate their roles and responsibilities as Chief Security Officers of their institutions.

“They erroneously believe that security of their institutions is sole responsibilities of governments and security agencies.

“The second reason is that parents have not started considering safety and security as important factors for choosing schools.

“They should also commend others, which include Federal Road Safety Corps and National Emergency Management Agency; without their work, attacks on schools and consequential casualties would have worsened,” he said.

He, however, commended the security agencies for facilitating the Annual National Safe School Consultative Conferences where education leaders and other stakeholders were brought together to learn from recent attacks on school around the world.

He charged educational institutions to take advantage of all opportunities to update their knowledge and build capacity for safe school best practices.

This, he said, was in view of the fact that in matters of safe school, preparedness through education is less expensive than learning through tragedies with irreversible consequences.

Onyechere further called on parents to prioritise the factor of safety and security in choosing schools for their children.

He said the Safe School Academy International would, therefore, commence the free distribution of Safe School Compliant Guide to parents through School PTAs to empower them with the knowledge of what safe school factors to look for in schools.

News Agency of Nigeria (NAN) reports that the 2019 edition of the Annual National School Conference aimed at addressing stakeholders on school-based knowledge would hold between September 10 and September 12.

However, the first phase of the exercise for the free distribution of Safe School Compliant Guide to parents through School PTAs is scheduled to hold between Sept 4 and Sept 5