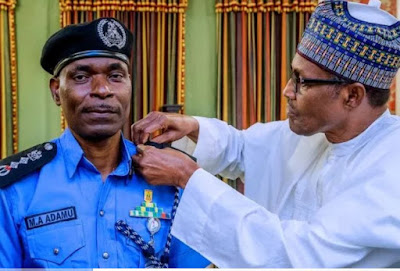 The Inspector-General of Police, IGP M.A Adamu has assured Nigerians of hitch-free celebrations in all States of the Federation and the Federal Capital Territory (FCT) as Nigeria marks the 59th Independence Anniversary on Tuesday, 1st October, 2019.

Consequently, all Commissioners of Police and their supervisory Assistant Inspectors-General of Police in the State and Zonal Commands across the country have been directed to emplace necessary security measures towards a peaceful and incident-free Celebration.

The IGP has also directed that Particular attention should be concentrated on Parade Grounds, Government/Private Infrastructure and all places of public resort and recreation centres. They are also to intensify patrols along all the major highways in the country.


The IGP, on behalf of Officers and Men of the Nigeria Police Force, heartily congratulates His Excellency, Muhammadu Buhari, GCFR, President and Commander-in-Chief of the Armed Forces, Federal Republic of Nigeria and the entire people of Nigeria, on the nation’s 59th Independence Anniversary.

Force Spokesman DCP Frank Mba in a statement said the Police boss salutes the courage and determination of Nigerians to build and sustain a strong, united and secure nation, despite our challenges.