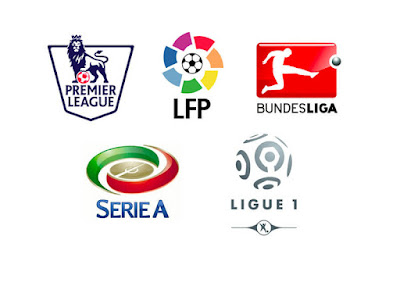 Barcelona’s troubles on the road continued even with the presence of Lionel Messi as they lost at Granada, while Inter triumphed in the Milan derby and Neymar did it again with another late goal for Paris Saint-Germain.

Here are the five main talking points from the weekend in European football:

Barcelona relieved Real Madrid of the tag of Spain’s chief crisis club after they were beaten 2-0 by Granada on Saturday to throw scrutiny back on Ernesto Valverde’s future as a coach.

With seven points from five games, this is Barca’s worst start in La Liga in 25 years as even the double introduction of Lionel Messi and Ansu Fati could not revive another dreary display from the defending champions.


Zinedine Zidane had been the coach under the most pressure last week but his Madrid side bounced back from their midweek misery in Paris by beating Sevilla 1-0 away.

Atletico Madrid’s bright start has faded. They were held to a goalless draw at home to Celta Vigo.

Antonio Conte uses the terms of a military campaign as Inter Milan look to wrest the Serie A title from eight-time reigning champions Juventus.

“A commander can have his plans, but he needs the foot soldiers to go out and execute the orders. I am fortunate to have very good and disciplined players,” said Conte after his Inter side claimed a 2-0 derby win over AC Milan.

Conte’s side is the only team in Serie A with four wins from four and they lead Juventus by two points.

Inter last won Serie A in 2010 under Jose Mourinho, and have been remodelled by former Juventus and Chelsea boss Conte, who replaced Luciano Spalletti after the Chinese-owned club finish fourth last season.

PSG come through the toughest test

A trip to Lyon has almost without fail been Paris Saint-Germain’s hardest test since the Qatari takeover of 2011 that turned the club from the French capital into Ligue 1’s dominant side.

PSG had won just twice, and lost four, of their previous eight visits to Lyon, including in each of the last two seasons, before Sunday night’s showdown.

However, this time they came out on top, Neymar’s superb late strike securing a 1-0 win for Thomas Tuchel’s side. After an unconvincing start to the season, this result followed their 3-0 thumping of Real Madrid in the Champions League and leaves them three points clear atop Ligue 1.

Meanwhile, Lyon is now seven points off the pace and have not won in five games. It has not been a great start for new coach Sylvinho and a title assault looks extremely improbable from France’s second-richest club.

Philippe Coutinho scored his first goal since joining Bayern Munich on loan from Barcelona in the Bundesliga champions’ 4-0 demolition of Cologne, and it was all thanks to a gesture from Robert Lewandowski.

The Polish striker had already scored twice at the Allianz Arena, taking him to nine Bundesliga goals for the season and 11 in all competitions, when Bayern was awarded a second-half penalty.

But rather than seize the chance to score a second hat-trick of the season, Lewandowski let Coutinho step up and convert from 12 yards.

“It was important for him here at the Allianz Arena, for the future and his confidence. He is a great player and we must all help him,” Lewandowski said after the game.

Defending champions Ajax remain on top of the Dutch Eredivisie after coming away from their trip to biggest rivals PSV Eindhoven with a 1-1 draw.

Quincy Promes gave Ajax the lead at the Philips Stadion but Donyell Malen, who recently made his full international debut for the Netherlands, scored PSV’s equaliser.

The result means that Ajax — fresh from routing Lille 3-0 in the Champions League — are top of the table on goal difference after six games from PSV, and from Vitesse Arnhem, who have played a game more.