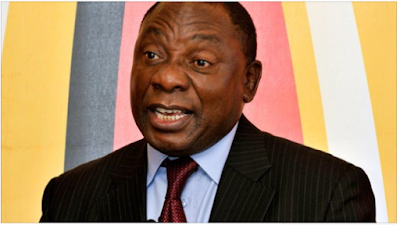 South Africa’s President Cyril Ramaphosa on Thursday said that at least 10 persons have been killed, two of them foreigners, in a wave of riots and attacks.

The president said this in a televised address in Johannesburg on Thursday.

“Over the past few days, our country has been deeply traumatised and troubled by acts of violence and criminality directed against foreign nationals and our own citizens,” Ramaphosa said.

“People have lost their lives, families have been traumatised … We know that at least 10 people have been killed in the violence. Two of whom were foreign nationals.”

The latest wave of unrest in South Africa has raised fears of a recurrence of violence aimed at foreigners in 2015 in which at least seven people were killed.

Before that, some 60 people were killed in a wave of unrest around the country in 2008.

Police have yet to pinpoint what triggered the violence, which began on Sunday when protesters armed with makeshift weapons roamed the streets of Pretoria’s business district pelting shops with rocks and petrol bombs and running off with goods.

High unemployment and widespread poverty have been cited as possible triggers for the recent disturbances and attacks on immigrants, but some officials say the riots might be the work of criminal syndicates.

“We can’t rule out pure criminality of criminals using a sensitive situation where there are real grievances on issues of unemployment and foreign nationals,” police minister Bheki Cele said.

Cele confirmed five people had been killed in the three days of rioting, but did not give further details on the circumstances or on arrests.

The Premier of Gauteng province, David Makhura, said during an inspection of the damage in Alexandra that there was a “xenophobic sentiment” underlying the attacks.

Ramaphosa condemned the violence, saying in a video posted on Twitter that “attacking businesses run by foreign nationals is totally unacceptable”.

Immigration to South Africa from across the continent and from parts of southeast Asia picked up in the early 1990s, spurred by the end of apartheid rule and the economic boom that followed.

On Wednesday, UN Secretary-General António  Guterres “strongly condemned” the renewed wave of “acts of violence” against foreigners and their property in parts of South Africa.

“We strongly condemn the acts of violence that have been reported in different provinces in South Africa, including attacks against foreigners and the destruction of their property.

“He has also noted Ramaphosa’s call for strengthening accountability in line with democratic values enshrined in South Africa’s constitution.

“The Secretary General urges all political leaders to clearly and openly reject the use of violence,” he said.

But the UN Chief’s spokesman also avoided the xenophobia tag, choosing rather to describe the attacks as “acts of violence”.