Why we kidnap people, attack communities in Zamfara – Repentant bandits 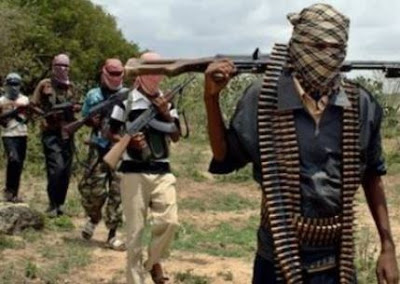 Some repentant bandits in Tsafe Local Government area of Zamfara, on Monday explained why they took up arms against the people of the area.

The ex-bandits said at a peace meeting in Tsafe that they were harassed and intimidated by the police and vigilantes, locally known as ”Yan Sakai, into becoming bandits and kidnappers.

During the meeting held at the palace of the Emir of Tsafe, Alhaji Muhammadu Bawa, one of the bandits commanders, Hassan Dantawaye, said they were unjustly treated by the government and society.

“We were forced into this, because apart from cattle rustling incidents we faced some years back, we also faced serious harassment and intimidation from security personnel and ”Yansakai.

“If security personnel arrest us, we have to spend alot of money before we are released, sometimes security agencies launch attacks on our homes and kill us without any offence.

“With this ugly trend, we have no option than to embark on kidnapping, attacks and others crimes”, Dantawaye said.

Alhaji Madele, a fulani leader, however, thanked the state government for the dialogue and urged the security agencies to protect them from ”Yansakai and some security personnel who attack them unjustly in markets and towns.

Madele said, “we have agreed to embrace peace and dialogue, we commend the commissioner of police for inviting us for this meeting”.

The repentant bandits’ commanders also promised to release all captives in their custody.

Nobody will be attacked anymore, they pledged, adding that farmers in the area were free to go to their farms without any fear.

The Chairman of the Civilian Joint Task Force (CJTF) in the area, Alhaji Yahaya Ahmad, assured of total support to the peace initiative.

“As from today, no vigilante group or CJTF member would attack any fulani herder, we will abide by the state government’s directive in this regard.

“Fulani herders are now free to come to Tsafe town and all major towns in this area. They can go to markets and anywhere else they so wish.

“I am giving them the assurance that our members would not attack them any more”, he said.

The state Commissioner of Police, Alhaji Usman Nagoggo who chaired the meeting, described the security situation faced by the state in past as unfortunate.

Nagoggo said, “I remember the day I arrived this state as commissioner of police, over 30 persons were killed in Shinkafi local government area.

“After identifying the measures to tackle the problem, the state government came up with the peace and diologue initiative with the warring parties as part of measures to provide lasting solution to the problem.

“We embarked on consultation with Fulani leaders, Civilian JTF, and Vigilante Groups which led to the successes we are recording today.

“From the inception of this diologue to date we have rescued over 300 kidnapped victims from the bandits without payment of ransom,” he said.

He added: “As I always say, most of the extra judicial killings and illegal attacks on communities were as a result of the actions of the outlawed vigilante group of “Yansakai, who were taking the law into their hands.

“Our aim is to have sustainable peace and development in the state, therefore, all stakeholders should cooperate with us in this task.

“I am also reissuing this warning that all activities of “Yansakai are suspended and nobody should take the law into their hands.

“Anybody found violating these directives would face the full wrath of the law”, the Police boss added.

The Emir of Tsafe, Alhaji Muhammadu Bawa thanked the warring  parties for attending the meeting and accepting peace.

Bawa said the emirate would continue to support the state government to ensure that the diologue succeeds.

The News Agency of Nigeria (NAN) recalls that the state governor, Alhaji Bello Matawalle initated the peace dialogue as part of measures to end banditry, kidnapping and other crimes in the state.

The meeting in Tsafe was attended by repentant bandits’ commanders, members of the CJTF, officials of Miyetti Allah Cattle Breeders Association and members of the outlawed ”Yansakai local vigilantes.(NAN)