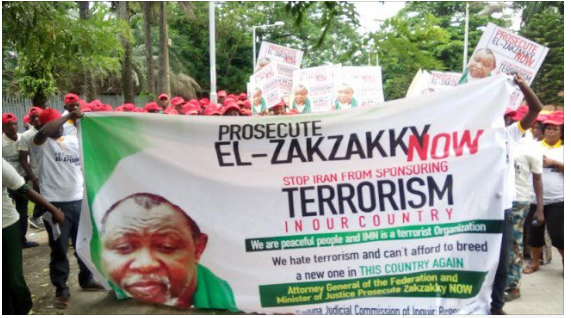 Daughter of Ibraheem El-Zakzaky, leader of Islamic Movement of Nigeria, IMN, Suhaila Zakzaky, says her father is suffering from lead and cadmium poisoning.

Recall that the IMN leader had refused treatment from those he called “unknown doctors” who came to treat him in India.

The Shi’a leader insisted that he wanted to be treated by those booked to treat him before he and his wife left Nigeria.

Ms Zakzaky, while speaking to The BBC on the recent development, said that she spoke with her father on Wednesday, and he was unhappy that armed police were outside his room and that he was not able to be treated by his preferred doctors.


According to her, “He told me that he no longer feels safe and might choose to leave India.

“I am really worried for my father, especially because of the lead and cadmium poisoning.

“His doctors say if he gets to a certain level his organs could start failing and that’s really scary because that means he could just die at any moment,” she said.

Suhaila added that the poisoning in her father’s body may be as result of shrapnel in his body “from when he was shot in 2015 when the Nigerian arm raided our home”.

She said that her father earlier had an eye operation in Nigeria to remove a shrapnel lodged in one of his eyes but his sight had been declining ever since.

Recall that the Nigerian government had apologised to India for the sheikh’s “unruly behaviour in the country”.