We’ve shown Buhari is not qualified to be president -PDP 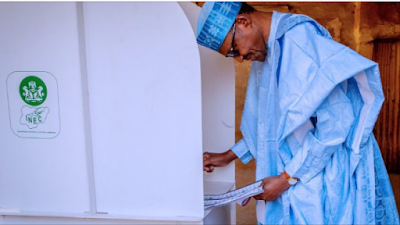 The Peoples Democratic Party (PDP) says they have proved President Muhammadu Buhari does not possess the qualification to run for president.

Buhari, candidate of the All Progressives Congress (APC), was declared winner of the February presidential election, but Atiku Abubakar, candidate of the PDP, rejected the result, filing a petition at the election tribunal.

In a 43-page final address filed by on Wednesday through their lawyers, Abubakar and the PDP alleged Buhari could not produce his school certificates, and that they had proved all allegations contained in their petition on the conduct of the election.

“Whether Buhari submitted to INEC affidavit containing false information of fundamental nature in aid of his qualification for the said election. Whether from the pleadings and evidence led it was established that Buhari was duly elected by majority of lawful votes cast at the election,” the address read.

The petitioners argued that what is contained in the Cambridge University WASC certificate tendered by Buhari before the tribunal is different from that issued by the Provincial Secondary School, Katsina.

According to them, “one listed eight subjects that the candidate therein mentioned one ‘Mohamed Buhari’ allegedly sat for, the other six subjects, both documents are therefore unreliable as both cannot be correct”.

The petitioners alleged Buhari also gave a false claim that he entered middle school in Katsina in 1953, a year when the middle school system, according to them, had been abolished in northern Nigeria.

Among other allegations are that the APC had misused state resources to induce voters, and also manipulated card readers.

In July, an appeal court had dismissed a suit challenging Buhari’s academic qualification to run for president.

In their own address, Buhari and the APC, however, asked the tribunal to reject some of the testimonies from the witnesses called by the PDP.

The PDP had called 62 witnesses, while the APC presented seven.

The APC and its candidate asked the tribunal to reject testimonies from witnesses 40, 59 and 60, and to also remove 28,000 exhibits presented by the PDP which included certified-true copies of result sheets from 10 states where Buhari had won.

Segun Showunmi, Abubakar’s spokesperson, who was the 40th witness,  had tendered some video recordings as evidence to support their claim of the existence of a server.

But Wole Olanipekun, a senior advocate of Nigeria (SAN) and Buhari’s lawyer, faulted the evidence of the witnesses. He argued that the testimonies were in violation of the March 6 order of the tribunal, which dismissed the petitioners’ request to be granted access to an alleged server in which they claimed INEC stored the authentic results of the presidential election.

The APC also asked the tribunal to reject a separate set of 33 documents , which included the certified-true copies of form CF 001, personal particulars, submitted by Buhari to INEC.

The tribunal was adjourned till August 21 when the parties are expected to present their closing arguments.