We made consultations before increasing electricity tariff -NERC 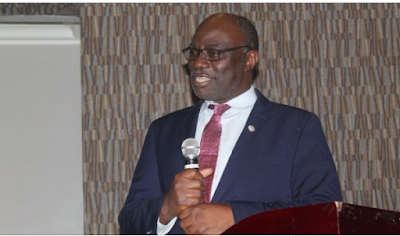 The Nigerian Electricity Regulatory Commission (NERC) says the decision to increase tariff was taken after consulting Electricity Distribution Companies (DisCos) and stakeholders in the sector.

James Momoh, chairman of NERC, said this while addressing reporters when Sale Mamman, minister of power, assumed office on Thursday.

In a statement on its website, NERC had announced that from January 1, 2020, it shall make necessary adjustments on the tariffs.

The commission said the step is geared towards addressing the tariff deficits pursuant to the objective of “resolving the impairment of the financial records of DisCos”.

Momoh said the planned increase in tariff was through careful thinking, consultation with the DiScos and other stakeholders

“We have discussed fully what we are about to do and it is the right time to do it because we have metres out there that are going to reduce the estimated bill,” he said.

“So that everybody knows that you can control how much power you use and how much you pay which is part of the order.

“So, I think we are in the right direction. But mind you we also divide the payment into different classes; if you read it carefully and of course enforce it as a rule; if you have any questions send it in writing.”

He said NERC had looked at all the resistance that could come up, adding that it was open to discussion.

”It is not that we are doing it as a law but this is an order and you read it; if you are concerned contact us,” he said.

Momoh said that there would be penalty for not producing quality service.

“If your metre doesn’t read then you won’t be paying. If you have no metres, there is going to be a capping on how much you should pay,” he said.

“So the issue is under consultation and in few days we will conclude the discussion; we spent Tuesday on franchising and having discussion on capping.

“We have collected enough data we have all over the country and we are listening to consumers, manufacturers and whoever wants to talk about pricing issue.

“Based on the input, we sat down and analysed and got a common ground – which project makes sense which we think it is fair to everybody, which you and I can live with.

“At the end of the discussion we will determine the final target for those who don’t have metres. But more importantly I should talk as a regulator, a customer and also as an innovator.

“If you put in a very wrong fluorescent light or different appliances in the room, you are going to lose more energy.’’