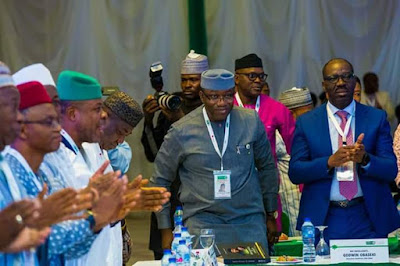 The Nigerian Financial Intelligent Unit (NFIU) has revealed that the names of state governors stealing local governments’ funds have been reported to the agency.

Recall that the Nigeria Union of Local Government Employees (NULGE) has written a letter on August 9 to all the nation’s 774 local governments’ chairmen on August 9 to alert them to the fact that the governors might be planning fresh tactics to steal the LG funds.

The National President of NULGE, Ibrahim Khaleel, had said that state governments had come up with another means of siphoning money from the local governments’ accounts despite the NFIU financial guidelines.

He said local governments were being asked to fund projects under the responsibilities of state governments.

But speaking on the issue on Sunday, NFIU’s spokesman, Sani Tukur, confirmed the NULGE’s letter, adding that NULGE had reached out to the unit officially on the issue.

Also, a source in the NFIU confided in The Punch that agency is perfecting its plans to address the issue.

He also warned local government officials not to oblige the governors any request that might put them in trouble.

He confirmed that anti-corruption agencies would begin to go after such local government officials, it would not be a tenable excuse that their state governors were the ones who directed them to carry out the illegal transactions.