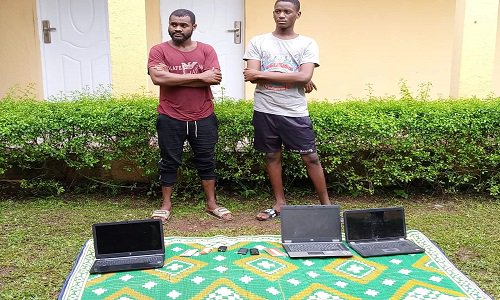 They were arrested during a tactical operation carried out by the Edo State Command of the Department of State Services (DSS).

Parading the suspects before reporters in Benin City, DSS Director Brown Ekwoaba, who was represented by the Deputy Director, Security Enforcement, Mr. Galadima Byange, said the suspects have confessed to the crime.