Those killing, shouting ‘Allah Akbar’ are against God – President Buhari 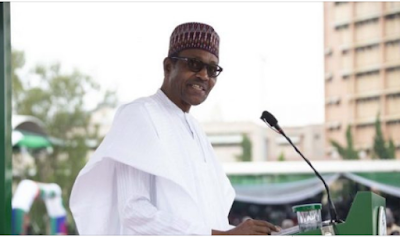 President Muhammadu Buhari has said that those killing and calling God’s name will soon be dealt with as the act is ungodly, promising to use the Nigerian Army and police to end the menace of banditry bedevilling the country.

This, was as he vowed to ensure that perpetrators of banditry and kidnapping attacks are brought to justice, stressing that those killing and shouting “Allah Akbar” are lying because God is not wicked.

Speaking during his visit to Batsari, Katsina State, on Wednesday, where he sympathized with 1,050 internally displaced persons, IDP, selected from the affected eight frontline local government areas bordering the Ruga Forest in the state, Buhari vowed to fight insecurity and other security challenges to a standstill.

Buhari said those kidnapping, maiming lives and calling God are not true faithful because ‘’it is either they don’t know God or disagree with Him’’

He said, “What brought me here is to condole you over the recent bandit’s attacks affecting not only you but all of us. I have nothing to add on what the Emir had already spoken extensively about, but all that leaders should do right from home is ensure justice.

‘’I assure you that we sleep and wake-up with the sad moment of banditry and kidnapping activities in the state and country. By the Grace of God, we will use soldiers, police and other public servants to end banditry’.

‘’All those whose activities is to kill people and saying “Allahu Akbar” are lying because God is not wicked. You can’t carry bomb or gun, sword or knife to go and kill innocent somebody and say “Allahu Akbar”. This implies that you either don’t believe in God or you don’t know what you are saying.

‘’There is popular Hausa adage that says” it’s the rat in the house that tells the rat outside that there is fish in the house, so within yourselves, your neighbours and even your relatives there are informants.’’

‘’So in this case, both you and I don’t know them, it’s only God that knows them, we can’t do anything here rather intensity prayers for God’s intervention by exposing them’’.