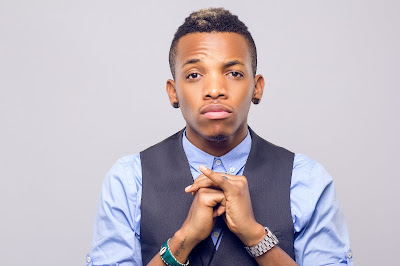 Musician, Augustine Kelechi, popularly known as Tekno who was spotted with some semi-nude girls dancing on a strippers’ pole along the Lekki-Ikoyi link bridge, Lagos, an act some saw as indecent, was never arrested, his manager, Sydorff, has said.

Sydorff said this in an exclusive interview with the newsmen. He explained that the singer was not arrested, instead, he was ‘invited’ to clear the air.

Sydorff said, “Tekno was never arrested by the police. They requested our presence and they told us to please come and clear the air about the whole issue. When we got to the station it was not as if anyone was arrested.

“The police just invited us and we went there to clear the air. They told us that they felt we were doing advertisement for the music video but we told them that it was just a music video.


“We just chilled there for a while. We drove there and we left. It was not like anything happened. We spent about one hour and thirty minutes with the police and we left. Everything has been settled now. Initially, there was no problem, it was just the way people escalated the situation. We did not do anything illegal.

“I would love his fans to know that the video that he was shooting, Agege, would soon be out and Tekno’s album, Old Romance, would be ready by September.”

It was reported on some news portals that the singer was arrested by the police over charges of illegal advertising and indecent exposure.