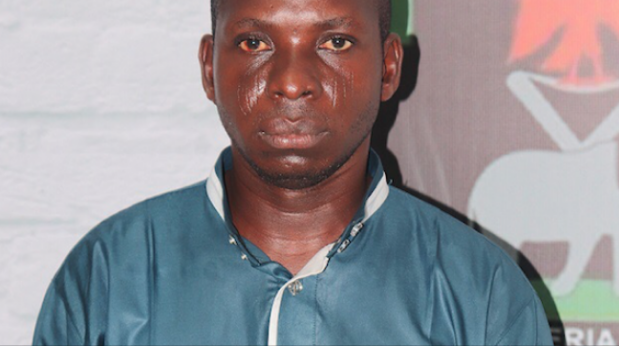 Re-arrested kidnap suspect Hamisu Bala Wadume made shocking revelations on Thursday when he appeared before the Special Investigation Panel in Abuja.

The panel is probing the circumstances of his escape when he was first arrested and the killing of policemen by soldiers at a checkpoint.

Wadume, who was re-arrested in Kano after a manhunt, was drilled for many hours by the Rear Admiral Ibikunle Olaiya -led Special investigative panel, The Nation learnt last night.

It was gathered that the suspect who was smuggled into the panel’s meeting venue in Abuja gave a vivid account of his alleged dealings with Army Captain and the financial transactions he had with him and other security personnel.

It was gathered that investigators had sent correspondence to some of the banks mentioned by the Wadume, to verify his claim of sending money into certain accounts.

A source said the panel was shocked by the suspect’s testimonies, adding that certain actions would be taken in a matter of days on his matter.

He said: “The police brought Wadume before the panel today. He was interviewed for several hours and more evidence was presented. He made shocking revelations and explained how he gave money to security personnel.

“He also admitted paying money into the account of an Army Captain and that other personnel were on his payroll as well. He mentioned names of some of the security men at checkpoints.

“Certain actions will be taken in a few days time. It was a good thing that he was presented before the panel.”

It was also gathered that two of Wadume’s accomplices, including the major firearm supplier who was being trailed by the police, have been arrested.

It was learnt that they were arrested by the police at Ibi in Taraba State and a cache of assorted firearms, ammunition recovered from them.

The force spokesman, Mr. Frank Mba, is likely to issue a statement today on the arrests and the seized arms.

Wadume was arrested in Taraba State by the police special squad following complaints about his kidnapping activities.

However, when he was being taken away, soldiers at a checkpoint on Ibi-Wukari road opened fire on the vehicle, killing three policemen and a civilian.

Wadume, who was in handcuffs, was freed. He subsequently  escaped and the police declared him wanted before his arrest in Kano