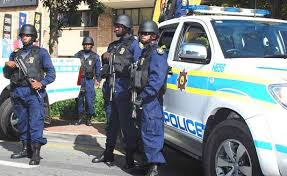 A Nigerian, Christiano, 48, had been arrested and charged to court over his alleged involvement in an online dating scam known as 'yahoo yahoo'.

South Africa’s Directorate for Priority Crime Investigation, otherwise known as the Hawks revealed that Christiano had allegedly fleeced his victims under the guise of being their lover.

It was revealed that although he had been charged to court, the Hawks were investigating his alleged victims.


“We’re working with different authorities and we will investigate the South African victims. There are a lot of victims who lost their money.”

The accused appeared before the Cape Town Magistrates’ Court on Monday on charges of fraud and money laundering but he was not asked to plead.

The prosecution claimed that Christiano operated via the dating site, Badoo, where he allegedly created the profile of a very wealthy person.

His modus operandi was to lure victims into his scam once he had gained their confidence.

Nkwalase said, “The suspect allegedly lured mostly US-based victims through a dating site and after building a certain level of trust, the victims were tricked into paying the suspect for apparent business-related transactions, with the promise that the money would be paid back.”