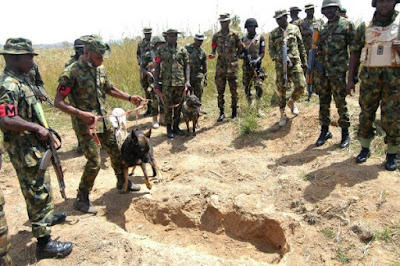 No fewer than two persons have been allegedly killed by soldiers in Isheri Olofin community in the Kara area of Ogun State.

The incident which occurred on Tuesday during the celebration of the yearly ‘Isheri Day’ festival, also left many injured.

The State’s Police Public Relations Officer, Abimbola Oyeyemi confirmed the incident but said the incident was still under investigation.

Oyeyemi, however, promised to give further details later.