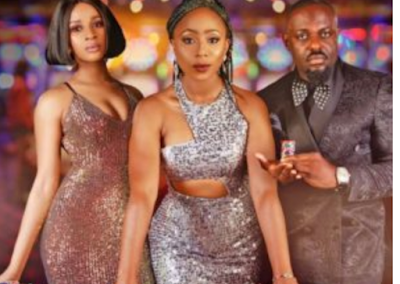 Nollywood film, ‘The Set Up’ and Hollywood’s ‘Fast and Furious: Hobbs and Shaw’ were the top movie choices for funseekers on Monday at the Cinemas.

The Entertainment correspondent of the News Agency of Nigeria (NAN) who visited Genesis Cinema, Lugbe and Silverbird Jabi in Abuja, reports that movie-lovers queued in their numbers to purchase tickets as part of the ongoing Sallah celebrations.

Although ‘Hobbs and Shaw’ premiered on Aug. 2, some respondents explained that they decided to wait till the holidays to see the movie. ‘The Set Up’, however, premiered in time for the holidays on Aug. 9.

Emeka Ikediashi, a banker who visited with his family, said, “I have been planning to see the new Furious movie since it came out. I decided to wait for the holidays where we could see it together.”


Also, Clinton Akubor told NAN that he had taken his family to see ‘The Set Up’ on Sunday but came to see ‘Hobbs and Shaw’ with his friends on Monday.

Meanwhile, some respondents explained that the movies were their first choice as they were current, anticipated releases.

Bolanle Akinyele, a makeup artist said, “I have been seeing the advert for ‘The Set Up’ decided to see it during the holiday. It’s a good film and I was happy I saw it.”

Also, Kingsley Aniete said, “It’s easy to pick ‘The Set Up’ because I have been seeing the advert and already told myself I was going to see it.”

‘Hobbs and Shaw’ is a spin-off of The Fast and the Furious franchise centered around the titular Luke Hobbs (Dwayne Johnson) and Deckard Shaw (Jason Statham), characters introduced in the main series.

The film follows the unlikely allies as they are forced to team up with Shaw’s sister (Vanessa Kirby) against a terrorist organization and its genetically-enhanced operative (Idris Elba) threatening the world with a deadly virus.

It follows a young woman who gets more than she bargains for and is drawn into a web of deceit when she is hired by a socialite to assist with his scheme to marry a wealthy heiress.