9:21 AM CuteNaija 0 Latest News in Nigeria 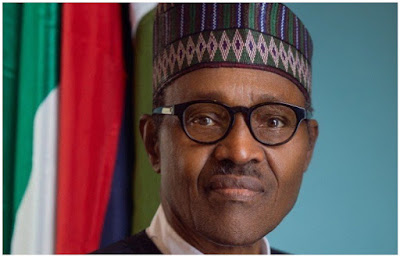 Process and Industrial Developments Limited, which got a United Kingdom court’s grant to seize $9.6bn in Nigerian assets, may be able to seize the nation’s assets in 160 countries which are part of the New York Arbitration Convention, international arbitration experts have said.

A dispute resolution partner and expert in international arbitration at a European law firm, Fieldfisher, Mr Simon Sloane, and a partner with international law firm Dentons, Mr James Langley, said P&ID could seize assets belonging to Nigeria in the territories of 160 countries which are signatories to the New York Arbitration Convention.

The New York Convention is also known as the Convention on the Recognition and Enforcement of Foreign Arbitral Awards or the New York Arbitration Convention.


The convention – of which Nigeria is a member – was adopted by a United Nations diplomatic conference on June 10, 1958, and entered into force on June 7, 1959.

An August 16, 2019 judgement by a London’s Commercial Court has granted P&ID the right to seize some $9.6bn in assets from Nigeria over an aborted gas project.

The case involves a 2010 deal in which the Federal Government agreed to supply gas to a processing plant in Calabar that P&ID would build and run.

The project was aborted and in 2012, P&ID took the Federal Government to arbitration over the deal’s failure.

The tribunal, made up of Lord Hoffman (the presiding arbitrator), Chief Bayo Ojo (Nigeria’s arbitrator) and Sir Anthony Evans (P&ID’s), was organised in London under the rules of the Nigerian Arbitration and Conciliation Act as part of the original contractual agreement between the parties.

In January 2017, the tribunal ordered the Federal Government to pay P&ID $6.6bn. With interest, the sum now tops $9bn, an amount said to be about 20 per cent of Nigeria’s foreign reserves.

Although the Federal Government has said it is taking steps to appeal the judgement, Sloane and Langley on Friday said going by the judgement, P&ID could target real estate, bank accounts or any kind of moveable wealth proven to be unrelated to Nigeria’s operations as a sovereign state.

“The onus will be on the claimant to prove that the property is exclusively in use for commercial purposes,” Sloane told Reuters. “It’s quite a difficult hurdle to overcome.”

The arbitration expert noted that state assets that had any diplomatic function, such as a commercial property that is also used to issue visas, could not be seized.

On his part, Langley said state asset seizures happened all the time, noting that in a 2008 case against Chad, a British judge ruled that proceeds of oil sales held for the purpose of making repayments to the World Bank qualified as commercial assets.

Reuters also reported that in 2018, an American judge cleared the way for a Canadian mining firm to target shares in a United States oil refinery owned by a state oil company, Petroleos de Venezuela SA, over an arbitration debt owed by Venezuela.

As the Federal Government holds bank accounts in foreign jurisdictions, including Britain, the experts said ultimately, a judge would have to rule on whether any individual asset was subject to seizure.

Be that as it may, the experts said the August 16 ruling against Nigeria converted the arbitration award to judgement and gave it the same force as a British court ruling, which would be recognised across the European Union as long as Britain remained a member.

Sloane said Nigeria’s best protection would be to ensure it had no significant commercial assets in any jurisdiction that could be exposed to an asset execution.

However, he said the arbitration award also allowed P&ID to seek to seize assets in any of the 160 countries that were part of the New York Convention, which is a global pact for the recognition and enforcement of arbitration awards.

African countries that are signatories to the convention include Angola, Benin, Botswana, Cameroon, Côte d’Ivoire, Egypt, Ghana, Kenya, South Africa, Morocco and Nigeria, which was acceded to the Convention on March 17, 1970.

Sloane and Langley said there was a long history of successful asset seizures using the New York Convention, stating that Nigeria’s prospects of the appeal against the $9bn judgement were limited.

“Nigeria would have to apply to set aside the order for enforcement and that may be difficult to achieve,” Langley said.

He explained that a set-aside request would have to prove there was an error in the ruling and stated that the judge’s decision was not legally controversial.

Lawyers representing the Federal Government had argued the award should not be enforced because England was not the correct place for the case, and even if it were, the amount awarded was “manifestly excessive.”

“Nigeria had 28 days in each case to appeal. It appealed the former decision but missed the deadline by several months and a judge dismissed it. It never appealed the latter decision,” the lawyer said.

Although Nigeria successfully applied to have the award set aside by the Federal High Court in Lagos, however, Sloane and Langley said in English law, judges did not typically review either the decision on the seat of arbitration or the underlying award once the window for appeal had passed.

The lawyers said once the court made its judgement on an order, which was expected in September 2019, P&ID could start targeting Nigeria’s assets.

To delay this, they said Nigeria would also have to request a stay of enforcement while the set-aside request was considered.

“A set-aside request ruling is quick in legal terms – a matter of weeks or months rather than a year or more,” Langley said.

Meanwhile, the Federal Government on Friday said the UK court judgement was targeted at the nation’s foreign reserves and that the “international scammers” had Nigerian collaborators

The Minister of Information and Culture, Alhaji Lai Mohammed, said this while featuring on a Television Continental’s programme, ‘This Morning.’

Mohammed claimed that whenever it was observed that the nation’s foreign reserves were increasing, some people who he described as “vultures” would conspire and decide how to deplete the reserves.

He said the “international scammers” could not have succeeded in their bid if they did not get enjoy the cooperation of some Nigerians.

He said the Federal Government’s desire to unravel those behind the deal was what informed President Muhammadu Buhari’s recent directive to the relevant agencies to probe the contract.

Mohammed said, “Anytime the foreign reserves of the country are rising, there is always this attempt by vultures that will come with one scam targeting the reserves.

“It is also important to state here that these international scammers would not have succeeded without the collaboration of the people within.

“That is why the Federal Government is beaming its searchlight on this particular contract to unravel those behind the move to inflict economic injury on Nigeria and its people.”

Stating that the Federal Executive Council as constituted at the time of signing the contract in 2010 did not approve the contract as required by law, the minister added that the Ministry of Petroleum Resources which signed the contract had no technical knowledge to execute a gas contract.

Meanwhile, while seeking self-execution to set aside the judgement, the minister on Thursday said the Federal Government was willing to meet with P&ID to negotiate the agreement.

Mohammed said this on “Good Morning Nigeria,” a live breakfast programme of the Nigerian Television Authority.

“We are leaving no stone unturned to ensure that this judgement is set aside. I want to assure Nigerians that there is absolutely no imminent threat to the seizure of our assets because even the UK courts said they couldn’t begin any attachments until the courts were back and there will be a further hearing on the matter.

“We are even willing to sit down with the P&ID and negotiate. We are ready to take this matter to the highest level – legal, diplomatic and otherwise – because we think it is just unfair and unconscionable. You don’t inflict this kind of injury on a country and its people for your selfish reasons,” he said.

The minister on Tuesday at a press conference in Abuja said President Buhari had directed the Economic and Financial Crimes Commission, the National Intelligence Agency and the Inspector-General of Police, Mohammed Adamu, to conduct a thorough investigation into the contract.

He said the President’s decision to probe P&ID and its activities was based on the fact that the Federal Government suspected a foul play in the contract.

He said, “We want to set the record straight that the Federal Government views with serious concerns the underhanded manner in which the contract was negotiated and signed.

“Indications are that the whole process was carried out by some vested interests in the past administration, which apparently colluded with their local and international conspirators to inflict grave economic injury on Nigeria and its people.”