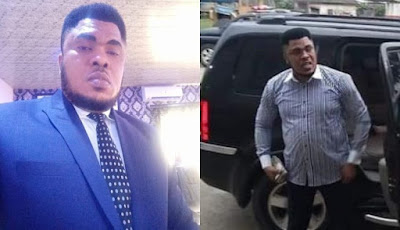 Pastor Melody Adjija, Founder and General Overseer, Light Way Ministry, Warri, has demanded for justice over the circulation of a scandalous online video against him.

Adija made the demand in a petition signed by his legal adviser, Mr Omens Ogedegbe, which was made available to newsmen on Monday in Warri.

The letter titled “A Case of Extortion, Blackmail and Professional Misconduct by CSP Eyoh Aniete of the Nigeria Police, Delta Command, a Demand for Justice,” was addressed to the Inspector General of Police, Mohammed Adamu, and others.

In another separate letter addressed to CSP Aniete, former Divisional Police Officer (DPO), Ebrumede Police Division, Delta, the clergyman called for immediate retraction of the video which he claimed was masterminded by the DPO.


The pastor demanded an unreserved apology from Aniete over the alleged online video purported to have been initiated by him.

“By the said online presentation obviously co-sponsored by CSP Aniete, our client has been brought to public odium and great disrepute before the public and his teeming religious supporters,” his lawyer stated.

Adjija was seen in an online video where he was confessing to performing fake miracles during interrogation by the police.

The pastor was alleged to have been involved in performing fake miracles by hiring people to deceive worshipers.

Adija claimed that he was forced to make the confession under duress by Aniete.

According to him, the video is a calculated attempt to divert his attention from the N3.5 million he gave to the DPO for a church building project.

The pastor said he pledged the N3.5 million for the building of a chapel in Ebrumede Police Division in Uvwie Local Government Area of Delta.

“The money was for the construction of a project in Ebrumede Police Division, Uvwie Local Government Area of Delta where Aniete was then the Divisional Police Officer (DPO) to serve as a chapel.

“Trouble started when our client discovered that the funds had been diverted as no chapel was built nor commenced within the division and started making demands,” his, lawyer stated.

He alleged that divisional police officer invited him to his office in March to strike a deal over the issue.

Adija further said that he was later released by the police, alleging that there was no official documentation of what transpired at the station.

Reacting, Aniete said that he was not aware of the said N3.5 million.

“I am not aware of three million and five hundred naira; he should go and ask who must have collected the money from him,” he said.