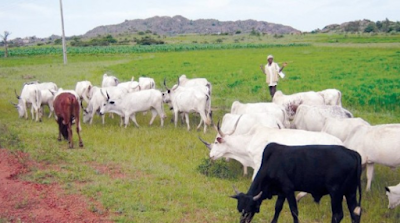 National President of the Fulani Association handed down the warning in an interview with Dailypost on Wednesday in Damaturu, on issues bedevilling the livestock industry in Nigeria.

Bello said KACRAN believes there is nothing more shameful, sorrowful, regrettable and highly pitiable than the way in which the Northern part of Nigeria completely neglected the importance of the livestock sector towards providing jobs opportunities, food security and development of the region and Nigeria by extension.

“We wonder why our northern States undermine the great importance of livestock as per as Northern economy is concern.

The KACRAN President maintained that it is unfortunate to note that, none of the 19th Northern States of Nigeria has a functional cattle ranches or diary milk houses saying that these inherited facilities were mostly converted into personal properties illegally.

“The most unfortunate of all, in the destruction of livestock industry in the Northern part of Nigeria where this industry is supposed to be properly taken care up and fully utilize for the betterment of the region, Nigeria and Africa at large, as farmers and the Northern bourgeoisies are deliberately allowed to encroached or totally blocked the cattle routes meant for cattle rearing.

“The painful act which left the pastoralists with no option other than to migrate to somewhere else where they would get vegetation areas and water or sometime remain where they are and be destroying people’s farms which always leads to avoidable conflicts”, Bello

According to him, in the process of the Association’s research it was understood that some former Northern governors alledgly invited their friends from other parts of the country and illegally allocated thousands hectares of gazetted grazing reserves to them as farms, where majority of such lands have never been captivated.

“In view of the numerous economic and security benefits as well as ugly consequences associated with neglecting livestock sector to the North and to the Nigeria by extension, we are appealing to Federal Government and our Northern Governors and leaders to, do everything possible to stop the massive declining of livestock in the North”, The President appealed.