No movement of goods as customs shuts borders 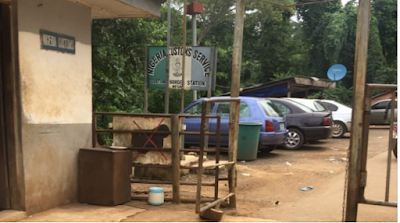 The Nigeria Customs Service has ordered a closure of borders around the north-central states.

This became effective through a letter signed by MA Dahiru, an assistant comptroller-general of customs in charge of enforcement, and addressed to the customs commands in north-central states of Kwara, Niger and Kogi.

“In line with Circular EII/Circular No 020 (Border Drill Operational Team), you are directed to ensure the total Closure of all borders under your purview,” the letter read,

This action is to take effect from August 20.

“The closure is to ensure that Good and Services are not traded/moved through the said borders,” the letter further read.

Earlier, hundreds of travellers were stranded following closure of Seme border in Lagos.

The border links Nigeria with some neighbouring West African countries. Nigerians, who took to Twitter to lament, said they got to the border and were refused entry.

But when contacted, Joseph Attah, the service’ spokesperson, denied closure of the borders.

“Borders are not closed,” he said.

“What is happening is joint security to raise the level of our preparedness to deal with trans-border crimes.”

In a statement issued earlier, Attah also said the exercise will involve the movement of personnel, vehicles and equipment within the affected parts of the country.

Calling on members of the public not to panic, he added that the overall objective is to ensure a peaceful and secure country in the interest of national security