Nigeria ‘may overtake India’ as world capital of open defecation 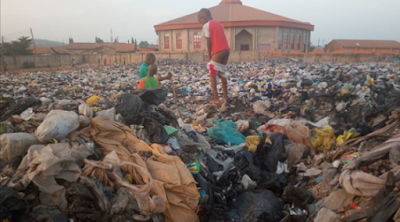 The United Nations Children’s Fund (UNICEF) says Nigeria will overtake India as the country with highest rate of open defecation in the world if adequate measures are not put in place.

He, however, said India is on track towards meeting its target of ending the menace by October this year.

India has reportedly reduced the cases of open defecation in the country by 26 percent in the last four years.

Out of this number, north-central has highest with 53.9 percent of the population involved while north-west has lowest with 10.3 percent.

Further breakdown of the regional statistics shows south-south comes next, with 17.9 percent of the population practising open defecation while south-east follows with 22.4 percent. Also, north-east has 21.8 percent caught up in the menace while south-west has 28.9 percent involved.

Ogunjobi also said 33 million Nigerians use unimproved toilets while only 34 percent of schools and 12 percent of hospitals have access to basic sanitation services.

He, however, said Nigeria has 13 out of 774 local government areas where open defecation is not practised with 13 percent of them attaining such status through UNICEF interventions.

“Cross River leads with six LGAs that have eliminated open defection,” he added.

UNICEF estimates that Nigeria loses N455 billion — about 1.3 percent of its GDP — annually to poor sanitation with one third of this cost resulting from open defection.

“More than 100,000 children under five years of age die each year due to diarrhoea; of which 90 percent is directly attributed to unsafe water,” he said.

In 2018, President Muhammadu Buhari had declared a state of emergency on the WASH sector and subsequently launched a national campaign for Nigeria to eliminate open defecation by 2025.