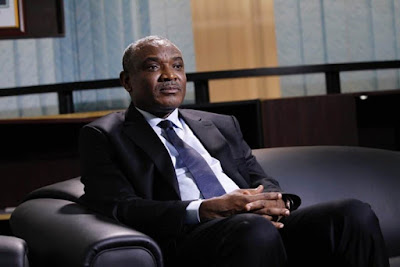 The Special Investigation Panel on Recovery of Public Property (SPIP) which until Wednesday was chaired by Okoi Obono-Obla spread its dragnets across the country and went after the “big fishes” in public glare. Armed with the president’s support, the panel roared, shone, waxed and wielded powers.

Despite the pressure on him, Obono-Obla, who is the senior special assistant to the president on prosecution, carried on. President Muhammadu Buhari had also ignored calls to fire Obono-Obla who was alleged to have gained admission into the university with a forged O’level result. He was indicted by the house of representatives ad hoc panel which investigated his panel.

But 24 hours ago, the president suspended Obono-Obla till the Independent Corrupt Practices and Other Related Offences Commission (ICPC) concludes its investigation on him. In this piece, we look at five key cases the panel prosecuted under the leadership of Obono-Obla.

Greatwood Hotels Limited established in Owerri, Imo state, in 2015, was traced to Nnadi. His bank verification number (BVN) was linked to the hotel’s account at Guaranty Trust Bank (GTB).

Obono-Obla had said the entire PEF management team was also being investigated. Aside Nnadi, the panel also probed Aisha Fanya Usman, the general manager, administration and personnel department, whose banks accounts was said to have contained N4.2 billion.

Insiders maintained that Obono-Obla’s interference into PEF’s affairs was his greatest undoing.

In June, the SPIP also extended his tentacles to the Nigeria Football Federation (NFF) where it probed alleged financial infraction by officials of the football body.

It had said despite provisions by the Confederation of African Football (CAF), NFF spent at least $19,000 (N4 million) as travel allowance for three of its officials who attended CAF’s congress which held in Egypt in 2015.

The suspended SPIP chairman had said that NFF’s action was fraudulent”, wondering why such amount was spent on an all-expense paid congress.

THE ARREST OF HOPE UZODINMA

On November 2018, operatives of the SPIP arrested Hope Uzodinma, governorship candidate of the All Progressives Congress (APC) in Imo state in the 2019 elections, over a breach of contract.

Obono-Obla said that Uzodinma’s company was awarded a $12 million contract by the Nigerian Ports Authority (NPA) for the dredging of Calabar channel but did not execute the contract.

He had reportedly evaded the panel for 13 months until he was nabbed. The panel also filed charges against him before Okon Abang, justice of a federal high court in Abuja.

THE TRIAL OF NWAOBOSHI

In 2018, the SPIP secured a warrant of arrest against Peter Nwaoboshi, senator representing Delta north, for alleged conspiracy, diversion of public funds and official corruption to the tune of N3.48 billion.

He was alleged to have illegally acquired houses worth billions of naira Delta, Lagos, Abuja and London. The panel later took possession of some of the senator’s properties

A federal court in Abuja placed an interim forfeiture on 14 properties and 22 bank accounts linked to Nwaoboshi.

In July, the panel began the investigation of three permanent secretaries over alleged corruption and abuse of office.

Obono-Obla alleged that one of the permanent secretaries bought a house in Abuja for over N500 million in the name of her eight-year-old son, while another had a hotel in the highbrow area of a state.

“I don’t want to prejudice investigation, so I won’t mention their names. The other one was alleged to have included projects in budget of 2017 and 2018 that were fake and also was allegedly collecting money to pay for goods and services that are no more in existence,” he said.