Man whose daughter was raped in hospital prefers cash, not suspect’s trial 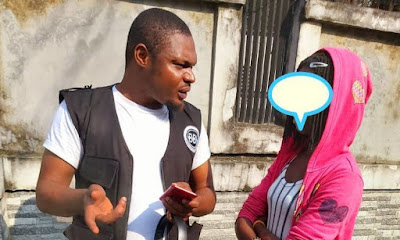 A man whose 14-year-old daughter was allegedly raped about a week ago by a 67-year-old man in Rivers State, Nigeria’s South-South, has opted for financial compensation, rather than have the police go ahead with an investigation.

“She’s my daughter, I have the right to decide what I want. My decision is also her decision,” Rufus Felix said on Friday, defending his decision to receive N370, 000 as part of a settlement.

“They are exposing my daughter to the world. I am not happy with people who took the matter to Facebook. This is my daughter, not any other person’s daughter.”

The victim was allegedly raped inside a hospital facility, Kendox Medical Services Ltd, in Port Harcourt, by the suspect, Shedrack Ejinwa, who is said to be a former employee of an oil company.

PremiumTimes reports thatMr Ejinwa was a patient in Kendox at the time of the incident.

The girl said Mr Ejinwa bought plantain chips from her in a shop near the hospital and asked her to come over to his hospital room for the money.

“I went to his room, knocked at the door, he told me to come in. As I entered the room, he locked the door, pushed me to the bed and raped me,” she told medical officers at Doctors Without Borders who examined her.

Following a petition from a human rights group, Behind Bars Initiative, Mr Ejinwa was arrested and detained for days by the police at Elelewon, Port Harcourt.

The case was later transferred to the state CID.


An official of Kendox Medical Services Ltd was said to have also been arrested by the police.

Apart from parting with N370, 000, Mr Ejinwa agreed to foot monthly medical bills of the victim till a final medical examination in February 2020, according to a documented agreement between him and the victim’s father.

Mr Ejinwa’s lawyer, Amaechi Anere, was among the six persons who signed the agreement which paved the way for the former’s release from police detention.

The meetings and the signing of the ‘agreement’ were done at the police station, encouraged by police officers overseeing the investigation.

The investigating officer, Rufina Ukadike, a chief superintendent of police, declined comment on the matter.

Mr Ejinwa’s lawyer, Mr Anere, said, Friday evening, that the agreement his client signed with the victim’s father could not be said to be an indictment, even though he said he tried to dissuade him from it.

“This man was in detention a long time and was ready to do anything to come out. If you go to the police, ask for his statement, he didn’t say he did it (raped the girl),” he said.

“I have my personal opinion on this, but whether the man did it or not is between him (his client) and his God,” he said.