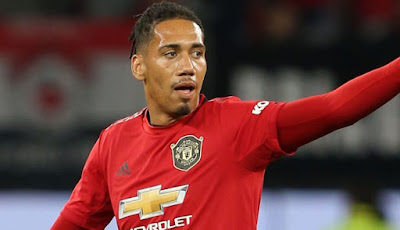 The Premier League club have reportedly agreed on a season-long deal with Roma paying a fee of £2.7m.

Smalling, 29, joined United from Fulham in 2010 and extended his contract at Old Trafford to 2022 in December.

“This opportunity for Chris has come up in the last couple of days,” said Solskjaer on Friday.

“It’s a big club, a good league. There’s not many English players who have had the chance to play in Italy and I’m sure he’ll come back stronger and better for it.”

Smalling made 34 appearances last season but is now on the fringes of the squad, with fellow England defender Harry Maguire – an £80m summer signing – and Sweden international Victor Lindelof established as the first-choice centre-back partnership.