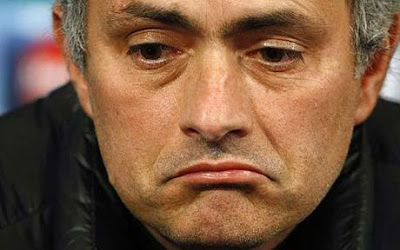 Jose Mourinho claims Manchester City are so strong the Premier League champions could even win the title with their second-string side.

Mourinho, working as a pundit for Sky Sports on Sunday, was asked who can win the title this season and the former Manchester United boss was quick to highlight City’s strength in depth.

City kicked off their bid for a third successive title by thrashing West Ham 5-0 on Saturday thanks to Raheem Sterling’s hat-trick and strikes from Gabriel Jesus and Sergio Aguero.

Against West Ham, Pep Guardiola’s side had a substitutes bench including new signing Joao Cancelo, Bernardo Silva, Ilkay Gundogan and Aguero, who scored a penalty after his second-half introduction.

“When I looked at the bench yesterday, the players not involved, I think even the ‘B’ team could fight for the title.”

Former Chelsea and Real Madrid manager Mourinho also admitted he did not believe United could win the title last season before he was sacked in December.

“When I said that second position the previous season (2017-18) was one of my biggest achievements in football I was not having fun with the words,” he said.

“I just was just telling you what I was feeling.

“I didn’t feel last season we did enough in the transfer window to allow us to compete for the first position because though we finished second the distance to first was very considerable.

“So I don’t feel this season they can win but I hope they feel they can because that will be an important motivational push for them.”