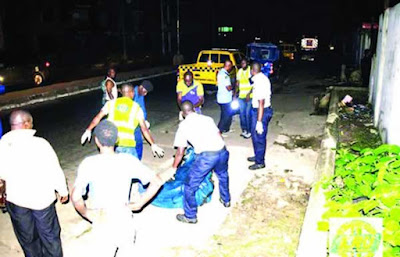 Lagos State may be having a crisis in its hands as some staff of the Lagos State Emergency Management Response Unit (LRU) have threatened to down tools over five months’ salary arrears.

Aside from a large number of workers who had stopped going to work, our correspondent also gathered that the number of agents at the call centre had been depleted.

The LRU is a unit created from the Lagos State Emergency Management Agency (LASEMA) for outdoor operations.

However, the unit was contracted to a firm, Avante Garde Management Services, by former Governor Akinwunmi Ambode.


Avante Garde, under a public-private-partnership agreement with the government, then provided staff for emergency operations.

The workers, our correspondent learnt, had been leading and handling emergency management operations in Lagos and manned the Command and Control Centre at Alausa, Ikeja, where over 80,000 emergency calls were received on a daily basis.

However, according to an official of the LRU, who spoke on condition of anonymity, calls to the 112/767 emergency numbers are now rarely picked because of the crisis in the LRU.

The worker said a protest had been planned for Friday (tomorrow) at the LASEMA office at Alausa, from where the workers were to go to the Lagos State House of Assembly.

She said, “We are being owed five months’ salaries and nobody is saying anything. The Avante Garde is not communicating. As a matter of fact, I learnt as of yesterday that top management staff of the firm have resigned and cleared their offices. We don’t know who will pay us our money. For five months, no salaries. Yet, we have families to feed. We are staging a peaceful protest tomorrow in front of the Assembly. They must answer us.”

The protest appeared to have started already on Twitter as our correspondent observed some of the workers calling on social media influencers for support.

Some of the posts had emotional videos and photos tagged, ‘Save LRU Lagosians,’ showing the emergency management workers endangering their lives to save residents.

“Many of these guys can’t feed their families, pay the dues of their kids because they have not been paid for five months. They still work round the clock just to help save lives,” one Kadri Afolabi wrote.

Another twitter user with the alias, Uncommon Sense, said with the way the LRU workers were being treated, there was no hope for the average Nigerian.

“If LRU has ever saved you, it’s time to help save them too,” the user tweeted.

“Same people that work shifts (day and night) to make sure Lagosians are safe; no salary for five months now,” one Odogwu Akataka wrote.

“He came to inspect some projects and we wanted to talk, but we don’t know what the new Director-General, Dr Femi Oke-Osanyintolu, told him and all he (Sanwo-Olu) said was that he would see to our challenges.

“We don’t know if he really understood what was going on and everybody pretended as if all was well. He just went through the call centres at Lekki, Onipanu, and Alausa.

“The workers at the call centres were begged to be on shift that day. As of today, there are few workers to take emergency calls. If you don’t believe me, call 112 now. Nobody will take your call. And that is where we had over 115 call centre agents.