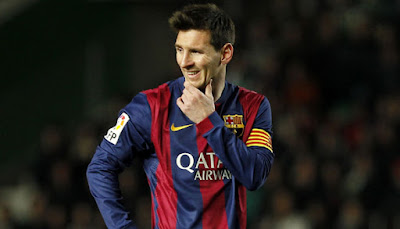 Spanish champions Barcelona fell to a 1-0 defeat at Athletic Bilbao in their opening La Liga game of the season thanks to a sensational late overhead kick from veteran striker Aritz Aduriz.

The 38-year-old came off the bench late in the game and soon made Barca pay for squandering several chances by acrobatically lashing an unstoppable shot into the net in the 89th minute.

The Catalans were without injured captain Lionel Messi but lined up with 200 million euros of new talent in France forward Antoine Griezmann and Dutch midfielder Frenkie de Jong.

However, they lacked sparkle against an energetic Bilbao side.

Luis Suarez struck the near post in the first half when presented with a terrible back pass from Athletic’s Unai Lopez.

However, he was soon forced off with a calf injury, while substitute Rafinha rattled the crossbar after coming on. (Reuters/NAN)