Killing of political opponents is not new - Garba Shehu 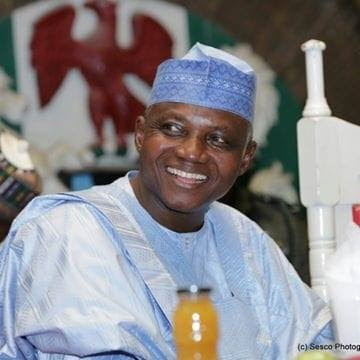 The Senior Special Assistant to the President on Media and Publicity, Mr Garba Shehu countered claims made by former Minister of Education Oby Ezekwesili on the ''nation fast-heading towards the threshold where you have a state collapse.''

“Initially, I kept saying that we were a fragile country. Now, we are fast-heading towards the threshold where you have a state collapse and we can’t stand watching while that happens,” she said.

“When these four things are in the negative then you are fast-heading towards what is known as state collapse,” she added.

Calling for a “a state of the union conversation” between the Presidency and the National Assembly, Oby Ezekwesili stated that the first step towards reversing the near-collapse is an acceptance of the signs.

However Garba Shehu who joined the argument via a phone call, said nothing is collapsing and also added that those making the claim are bitter over losing the 2019 Presidential election.

“You win or you lose,” he said, stressing that those who lost elections were behind much of the criticism against the government.

“Having lost the elections, they are devising new ways so that they can grab power. So, let’s see how they can contest and get power,” he said.

The Presidential spokesperson further argued that the security challenges ravaging the nation predates the Buhari administration. He concluded by stating that armed robberies and killing of political opponents are not new, and have been happening before Buhari became President.