India make u-turn, allow Shiites leader use doctors he booked while in Nigeria 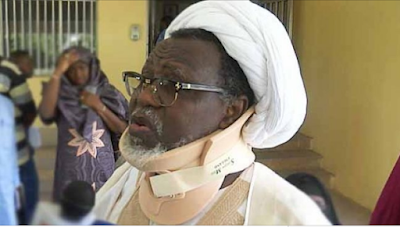 The Indian government has finally agreed to the request of Sheikh Ibrahim El-Zakzaky to use doctors he was familiar with for his medical treatment.

The development may not be unconnected with massive media coverage of Zakzaky’s rejection of what he called “unknown doctors”.

In an update made available to PRNigeria Monday evening, an official of Islamic Human Right Commission (IHRC), said: “The issue in contention has been resolved”.

He added El-Zakzaky was now receiving care from “known doctors”.

The Shiites leader had insisted that he wanted to be treated by experts booked to treat him before he and his wife left from Nigeria.

The IHRC, which is monitoring development in Indian, cried out on his behalf.

The body lamented that the attitude of Indian government and hospital, accusing the country of acting as though El-Zakzaky was a common criminal even when no court in Nigeria had convicted him.

A top official said: “I just received a very worrying news from the Indian government that ultimatum has been given to the Leader of the Islamic Movement of Nigeria to leave India if he does not agree to the Doctors specified to treat him.

“From the way this is going, he is being treated extremely bad. Under the current situation, it seems he has no choice other than to go back to Nigeria. He has been given some hours to respond to their ultimatum.

“This is to me is totally, utterly unacceptable by any standard, either international standards or Indian standards or that of humanity”.