I’m not interested in being a deputy governor -Dino Melaye 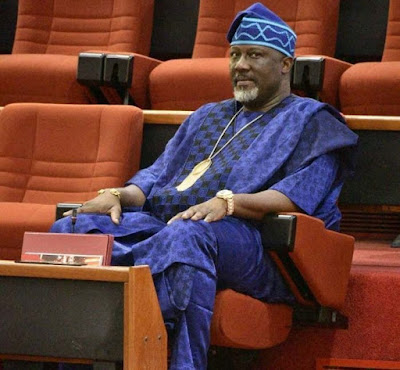 Dino Melaye, Senator representing Kogi West,  and an aspirant for the governorship seat of Kogi state on the platform of the Peoples Democratic Party (PDP) has said he has no interest in being a deputy governor.

Melaye is reacting to reports that he wanted to serve as the deputy governor to a former governor of the state, Captain Idris Wada, who is also contesting the primaries.

In a statement on Thursday by his media aide, Gideon Ayodele, the senator stated that the information was meant stop the emergence of Melaye as the candidate of the Peoples Democratic Party in the September 3 governorship primary.

“Capt. Idris Wada lost the last election as a sitting governor and it makes no sense that Dino Melaye,  a man with better idea and clearer vision, will queue behind such an aspirant,” the statement read in part.

If the lawmaker wins the primary election of the PDP, he will be contesting against the incumbent governor, Yahaya Bello, who has also won the primary poll of the All Progressives Congress (APC)