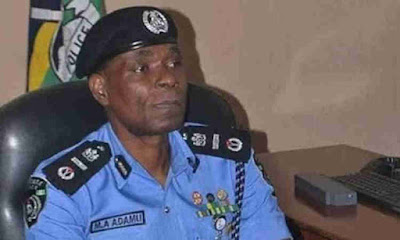 The policemen drafted to work for the Special Presidential Investigative Panel on Recovery of Public Property, on Friday, appeared at the Office of the Inspector-General of Police, Mr Mohammed Adamu, over a summons issued to them for “a briefing,”.

Our correspondent obtained the letter signed on behalf of the Inspector-General of Police by his Principal Staff Officer, Idowu Owohunwa, an Assistant Commissioner of Police.

The letter titled, ‘Invitation of police personnel at the Special Presidential Investigative Panel to an urgent meeting with the Inspector-General of Police.’


Sources said the letter, which asked the policemen numbering over 40, to appear in the IGP’s office on August 2, 2019 (Friday), was prompted by a petition written by a suspect being investigated by the panel.

The letter instructed Sunday Babaji, who leads all police personnel attached to the panel, to attend the meeting with the comprehensive nominal roll of the men under him at the panel.

Babaji, a Deputy Commissioner of Police, was also asked to lead the subordinates to the meeting.

The letter read, “I am directed by the Inspector-General of Police to convey his directive that you inform Sunday Babaji to lead all police personnel attached to the Special Investigative Panel to report at the Force Headquarters, Abuja, on Friday, August 2, 2019 by 1000hrs for an urgent briefing with him.

“DCP Sunday Babaji is to attend the briefing with the comprehensive nominal roll of all police personnel attached to the panel.

“They are to meet the undersigned on arrival for pre-hearing.”

It was learnt that the policemen attended the briefing on Friday and met with Omohunwa, who signed the summons issued to them.

“The policemen were at the IGP office for hours on Friday and met with IGP’s Principal Staff Officer, who asked them to return to their duty post at the panel after a briefing,” an official of the SPIP told our correspondent on Saturday.

It was learnt that the invitation was prompted by a suspect whose house was searched by the panel’s policemen.

The suspect was said to have petitioned the IGP, complaining that a huge sum of money disappeared from the home after the search.

But an official of the panel who spoke on condition of anonymity because he was not authorised to speak on the matter said the policemen were asked to return to their duty post at the panel after telling their own side of the story.

“The suspect was present in the house and even signed the list of items recovered from the house. We believe this was just a blackmail to get the panel to stop the investigation,” the source added.

When contacted on Saturday, the Chairman of the panel, Obono-Obla, said, “I am aware of the invitation because it was addressed to me.

“I am also aware that the officers attended the meeting but they have yet to brief me.”