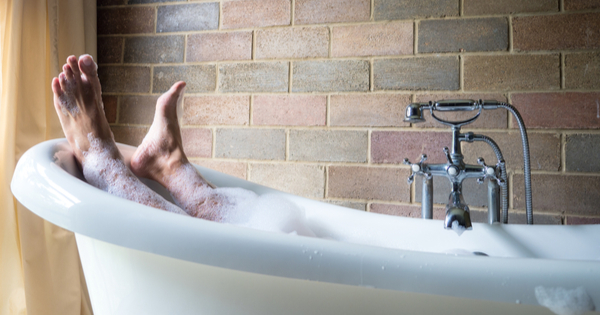 David Whitlock, an MIT chemical engineer and co-founder of AOBiome, a clinical-stage microbiome company, says he has not showered for 15 years and doesn’t stink.

The expert’s disclosure comes amid increasing interest in friendly skin microbes that protect humans from pathogens and keep the body healthy by making useful chemicals.

Following a 2015 interview where he claimed that people often confuse “clean” for “sterile”, Whitlock recently told The Guardian that he only rinses a part of his body with water when he gets it dirty — but never with soap.

“It was kind of strange for the first few months, but after that, I stopped missing it. If I get a specific part of my body dirty, then I’ll wash that specific part but never with soap,” he said.


According to him, the motivation behind this practice was to encourage friendly microbes to live on him in symbiotic harmony; feast on the ammonia from his sweat; and give him “low-maintenance balanced skin”.

While this might readily be suggestive of stone-age norms, Whitlock appears not to be the only learned expert who has upheld this uncommon practice.

Sarah Ballantyne, medical biophysicist, similarly advocated for the need to live the stone age way. She said she uses only water for washing even after “sweating buckets” at the gym.

In the same vein, Jackie Hong, a reporter in Yukon, north-west Canada, said she has not used soap in the shower for nine years.

“I use my hands to scrub myself and get any grime off, but I’m sitting in court or at my desk most days, so it’s not like I’m getting bombarded with filth,” she said.

Although there are no clear indications that avoiding soap helps avert skin diseases, Whitlock claimed the practice has been a successful experiment for him.

Microbiome-friendly and probiotic products made of bacteria harvested from animal farms, he revealed, made him stop smelling and less susceptible to skin infections.