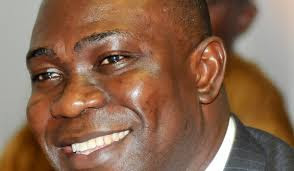 The proscribed Indigenous People of Biafra on Saturday said that the former Deputy Senate President, Ike Ekweremadu escaped being lynched by its members in Nürnberg, Germany.

IPOB shared video of the moment on its Facebook page, Radio Biafra.

It was reported that Ekweremadu, who represents, Enugu West in the Senate was at Nürnberg for a New Yam festival in the German city.

In one of the videos on the Facebook page, Police were called to restore order to the situation.

As of the time of filing this report, there had been no reaction from Ekweremadu’s camp.