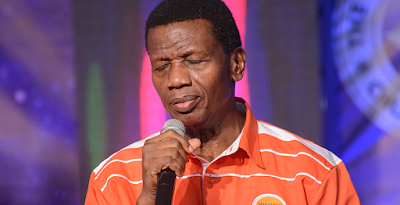 The General Overseer of Redeemed Christian Church of God, Enoch Adeboye, has said that he had a premonition about the February helicopter crash which Vice President Yemi Osinbajo and his team survived in Kabba, Kogi State.

Adeboye explained that he had received a message from God while praying during the February Holy Ghost Congress that Osinbajo was in danger but did not know how to inform him as he was engaged in political campaigns for the 2019 presidential election.


He, however, noted resorted to praying for the VP.

Adeboye revealed these while preaching at the Holy Ghost Service of the church’s 67th annual convention with the theme, “And God Said,” on Friday, in the presence of Osinbajo and Governors Udom Emmanuel of Akwa Ibom, Jide Sanwo-Olu of Lagos and Godwin Obaseki of Edo states.

In his own testimony earlier this year, Osinbajo had said that he did not understand why the pastor would repeat the prayer for him.

Earlier, Adeboye’s wife, Folu Adeboye, led congregational prayer for all nations and their leaders, after an American Bishop, I. D. Pearse, had preached a sermon on the power of God’s word, stressing repeatedly that, “there is enough power in the word of God to make the word come to pass.”