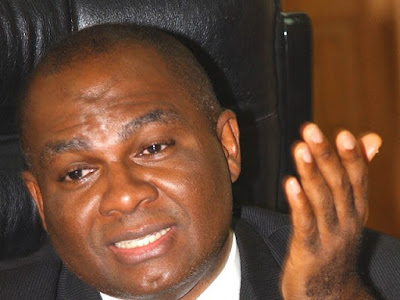 The Chairman, Senate Committee on Cooperation and Integration in Africa, Senator Chimaroke Nnamani, has described as barbarous, the brutal killings of innocent people in Igbo land by a group suspected to be Fulani herdsmen.

Nnamani, who is representing Enugu East Senatorial District in the National Assembly, stated this while reacting to the recent spate of killings in Igboland, the latest being in his own constituency.


The former governor of Enugu State, in a statement issued in Abuja on Sunday, noted with concern, the recent murder of Rev. Fr. Paul Offu and a pregnant woman, Regina Mba, by the suspected Fulani herdsmen.

He said, “I condemn in totality the odious and dastardly acts and extend my heartfelt commiseration to the families of the victims.”

He commended the Governor of Enugu State, Ifeanyi Ugwuanyi, for conveying emergency security meetings, and holding consultations with traditional rulers, leaders of autonomous communities and other relevant groups and stakeholders on the disturbing issue.

He also noted with satisfaction, the reorganisation and equipping of neighbourhood watch groups, the recruitment of 1,700 forest guards in line with the resolution of the South-East Governors Forum.

He said, “I also have full confidence in the government and people of Enugu State and all relevant groups within the system that this too shall pass.”